Were you looking for the boss encounter in Ulduar against

"Prisoner? Ha! With its bindings shattered, its influence unchecked, it's gonna come after us...and WE'RE gonna be the prisoners."[citation needed]
- Brann Bronzebeard on Yogg-Saron

The Lucid Dream, The Beast with a Thousand Maws, The Prime Evil, The Beast, The Fiend of a Thousand Faces, The God of Death, That Which Must Not Be Named[1]

The Prison of Yogg-Saron, Ulduar

Yogg-Saron is the Demon Old God of Death, one of the mysterious and dreaded elder beings that were defeated and sequestered by the Titans during Azeroth's primordial ages. Upon their fall at the hands of the Pantheon countless millennia ago, Yogg-Saron was imprisoned inside a Titan complex within the depths of what would become the continent of Northrend.

The official title of Yogg-Saron is "Hope's End". With the powerful Old God being one of the most feared in Azeroth, this title suits it perfectly and has been whispered throughout the world.

Yogg-Saron made its first appearance in World of Warcraft as the final boss in the raid dungeon Ulduar, which was implemented in patch 3.1.[3] It is voiced by Jamieson Price.

One of the greatly malevolent and ancient entities known only as Old Gods, Yogg-Saron held chaotic tyranny over the world of Azeroth in its very distant past and was responsible for the creation of the Curse of Flesh to "facilitate assimilation" of the Titans' creations. When the Titans waged war against the Old Gods and shattered their citadels, they found that the entities' infestation had grown so severe that destroying the Old Gods would also lead to the annihilation of Azeroth. Instead, the Pantheon took measures to neutralize the Old Gods' power and to bind them within Azeroth for the remainder of its existence. Yogg-Saron was sealed away within the depths of Ulduar in the far northern reaches of the infant world, and had six watchers assigned to it which served as wardens for its near eternal imprisonment; the Titanic watchers known as Loken, Thorim, Hodir, Tyr, Mimiron and Freya.

Yet despite the power of the shackles which the Titans placed on the Old God, Yogg-Saron's influence has been felt throughout Azeroth's history, including during some of its most pivotal events. The whispers of Yogg-Saron proved capable of eventually overtaking the mind of its prime warden, Loken, who was then able to subdue the other watchers, facilitating any possible escape Yogg-Saron might seek to attempt.

During the encounter with the Old God in the Ulduar raid, three visions are shown to players which represent key moments in the history of Azeroth; strongly implying Yogg-Saron can be directly linked to these events somehow. These visions include the creation of the Dragon Soul by Neltharion and the Dragon Aspects during the War of the Ancients (which resulted in the Sundering of the world), King Llane's assassination by Garona Halforcen (which caused the fall of Stormwind at the end of the First War), and a vision of the Lich King torturing Bolvar Fordragon (the man who would become the new Lich King after Arthas Menethil's death). During this third vision, the voice of Yogg-Saron can be heard proclaiming: "He will learn--no king rules forever! Only death is eternal!", a prophecy of the Old God that would come to pass with Arthas' defeat by the Ashen Verdict, and the words of which are eerily repeated by the spirit of Terenas Menethil as his final words to his dying son.

Yogg-Saron also appears to have been the source of the corruption that befell the world tree Vordrassil, after its roots grew too close to the Old God's prison.[4] The ancient druids growing Vordrassil destroyed the tree immediately upon discovering the sheer power behind Yogg-Saron's tainting influence, however the corruption nonetheless continued to spread to the Grizzlemaw Furbolgs who came to inhabit the tree's stump ages later. They became murderously insane soon after settling within Vordrassil's remains, and began attempting to regrow the afflicted world tree. The Furbolgs also used the dire power still emanating from the tree's stump to resurrect the bear god Ursoc, who returned to the world as a viciously twisted reflection of his former self.

Throughout Northrend, deposits of a mysterious ore named "Saronite" can be found, which is called "The Black Blood of Yogg-Saron" by the Tuskarr people and who advise any who will listen to keep their distance from it. Saronite is capable of driving any who come into contact with it to violent insanity, and it appears to be a type of byproduct of the Old God's physical manifestation. The Scourge mine extensively for this material;[5][6] It is used in their fuel, armament, weapons and most notably in the construction of their buildings, including Icecrown Citadel itself.[7][5][8] Alliance questing reveals however that the Scourge mysteriously utter the name "Yogg-Saron" with great hatred and contempt.[8]

Blizzard representatives have stated that they feel the connection between Yogg-Saron and the Lich King ended up being poorly expressed in-game,[9] but added that it "had a lot to do with the ability for mortals to become corrupted."[10]

The Faceless Ones are unnatural, grotesquely misshapen and insane beings of unknown origin which appear to be closely connected to Yogg-Saron. Described by Kilix the Unraveler as "a tendril of the Old God's will, made manifest in the creatures known only as The Faceless", the Faceless Ones have liquid Saronite for blood and seem to function as Yogg-Saron's heralds and guardians. Named Faceless Ones in World of Warcraft include Herald Volazj, Darkspeaker R'khem and General Vezax.

For millennia, Ulduar has remained undisturbed by mortals, far away from their concerns and their struggles. Yet since its recent discovery, many have wondered what the structure's original purpose may have been. Some thought it a city, built to herald the glory of its makers; some thought it a vault containing innumerable treasures, perhaps even relics of the mighty Titans themselves. Such speculations were wrong. Beyond Ulduar's gates lies no city, no treasure vault, no final answer to the Titan's mysteries. All that awaits those who dare set foot in Ulduar is a horror even the Titans could not, would not destroy, an evil they merely... contained.

Beneath ancient Ulduar, the Old God of death lies, whispering.... [11]

The whispers heard inside Whisper Gulch from "An Unknown Voice" are listed in the game files as "Creature - Yogg-Saron Whisper". They sound similar to the whispers of C'Thun, the first named Old God:

In the 5-man Ahn'kahet instance, which features a desecrated Nerubian temple now dedicated to Yogg-Saron, "A Mysterious Voice" can sometimes be heard whispering to players at random. This voice most likely is Yogg-Saron's as well:

(These voices can also be heard within the Ymirheim Saronite Mines.)

In the Cataclysm expansion, the archeology profession will allow players to obtain a rare and ancient Nerubian puzzle box related to Yogg-Saron's dread and mysterious nature. The puzzle appears impossible to solve properly, but with every attempt the player makes they hear the Old God whispering oracular and chilling knowledge to them, several of which are references to HP Lovecraft's "The Call of Cthulhu" and the famous paired That is not dead which can eternal lie/And with strange aeons even death may die: Additionally, the quote, "What can change the nature of a man?" is a direct reference to the 1999 RPG Planescape: Torment, which features the posed question prominently in its plot.

"Yogg-Saron" is a composition of several different NPCs in the Ulduar encounter:

This section concerns content exclusive to Warcraft III: The Frozen Throne.In Warcraft III: The Frozen Throne, Arthas encountered and defeated a "Forgotten One" while traveling through Azjol-Nerub which bore physical similarities to C'Thun, the first named Old God, and which was being defended by faceless ones, which are typically associated with Yogg-Saron, hinting at a close connection between the two Old Gods.

It is also possible that the Forgotten One which Arthas fought was a manifestation or tendril of Yogg Saron's power, but which was not at full strength due to Ulduar not yet having been fully compromised.

The fate of Tyr

This section concerns content exclusive to Wrath of the Lich King.The watcher Tyr is seemingly missing from the Ulduar encounter, and questing reveals that unlike with the other watchers, Tyr's temple is the only one which shows no sign of violent overthrowing by Loken's armies. When asked about this, Blizzard's lead world designer Valnoth implied Tyr may in fact be none other than General Vezax, who has been completely corrupted and assimilated by Yogg-Saron's power.[12] Other developers however commented that Tyr "was not in Ulduar" when Yogg-Saron was defeated.[13]

Val'sharah and the Emerald Nightmare

This section concerns content exclusive to Legion.Yogg-Saron is probably responsible for the nightmare corruption in Val'sharah and possibly all the Emerald Nightmare. When you enter this region with a shadow priest equipped with

[Xal'atath, Blade of the Black Empire]​​​​​​, it whispers: "To see Yogg-Saron's nightmare in full bloom fills me with jealousy... and some pride." 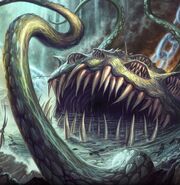 Sara, the Avatar of Yogg-Saron
Add a image to this gallery 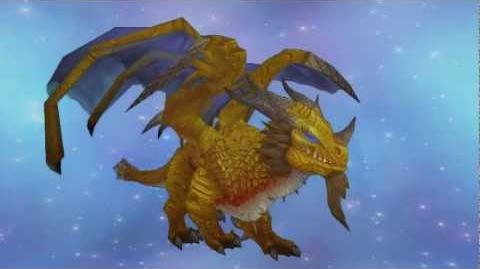 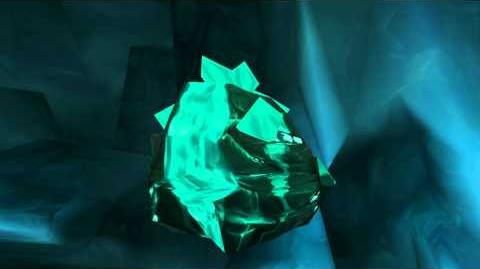 Retrieved from "https://wowwiki.fandom.com/wiki/Yogg-Saron?oldid=2861949"
Community content is available under CC-BY-SA unless otherwise noted.