World of Warcraft Starter Edition is a digital download replacement for the 10-day Free Trial. The Starter Edition allows anyone to play for free up to level 20 without the time restrictions placed on trial accounts -- all you need is a Battle.net account and moderately fast internet connection.

As of mid-July 2011, all existing trial accounts, including expired ones, have been reactivated.

The Starter Edition is based to develop your experience and basic knowledge about World of Warcraft. The Starter Edition will give a detailed insight of the beginning stages of the game, and will help you conclude whether to purchase the game. 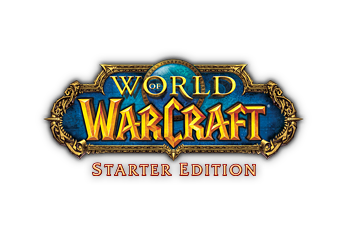 New features over the old trial:

Most limitations are shown in the FAQ.[1]

Lapsed accounts also have a slightly stricter professions restriction. Depending on the profession, lapsed accounts will be unable to create some mid to higher skill items from their professions without an active subscription. They may learn new recipes given the appropriate skill level but if these recipes are mid or higher level (about at 60 skill level) they may not create them.[3]

DigitalTrends.com World of Warcraft is now free to play until level 20 By Jeffrey Van Camp — June 29, 2011