World of Warcraft: Corgis Unleashed was rumored[1] to be the next expansion after

Mists of Pandaria, but alas it turned out to be the boring

Warlords of Draenor. There is still a chance it could be the expansion 6 (fingers crossed).

An ancient evil stirs beneath Azeroth, biding their time, waiting, a horror even the Titans could not, would not, destroy. An evil they merely contained. 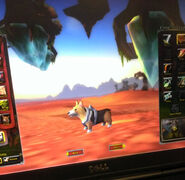 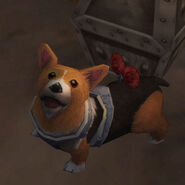 It has been speculated that Corgi's have been manipulating Azeroth's events since the dawn of its creation. The Corgi's are believed to be in control of both the fallen Titan Sargeras and the Old Gods. Setting them against each other to ensure chaos. They are thus ultimately responsible for nearly every evil that has befallen Azeroth. Including the Burning Legion, the corruption of the orcs, the Scourge, Deathwing, the curse of flesh, the sundering, the cataclysm, and of course the Pandas.

Fans widely believe that WoW's final boss will be a Corgi.