This article is about the playable worgen and the Gilneas faction. For general history of the race, see worgen.

(in human form a Mountain Horse)

The name worgen inspires fear to the hearts and minds of the Horde and to some lesser extent, members of the Alliance.

Records indicate that the worgen, a race of lupine humanoids, existed for a time in Kalimdor. Other evidence also suggested that the worgen were from a different world, that came through portals by Archmage Arugal. In fact, more recent evidence suggested that their true origin might have a connection to the night elves and a secretive druidic order from Kalimdor's distant past. This proved to be correct as the curse originated from a druidic sect who followed Goldrinn, known as Druids of the Pack. They shapeshifted into the feral worgen and eventually lost their minds to its violent nature. The other druids agreed that they must be locked away, and thus put them into eternal slumber deep beneath a tree... until the day Arugal and Velinde Starsong tampered with the Scythe of Elune. It was the night elves, after all, who created the curse in the first place. Obliged to help their newfound allies, they re-introduced them to the Alliance.

The worgen's first verified appearance in the Eastern Kingdoms has been traced back to the Third War, when the archmage Arugal utilized the wolf-beasts as a weapon against the Scourge. Arugal's weapons soon turned against him, however, as the curse of the worgen rapidly spread among the human population, transforming ordinary men and women into ravenous, feral creatures.

Arugal adopted many of the worgen as his own and retreated to the former mansion of Baron Silverlaine, the estate now known as Shadowfang Keep. The curse, however, was not contained. It persisted in the lands of Silverpine and extended even into the walled nation of Gilneas, where the curse rapidly reached pandemic levels.

The citizens of Gilneas found themselves trapped, with no hope of escape. They retreated deeper within the isolated domain, and there they survived, fearful of the savage presence that lurked just outside the barricades.

Tensions among the displaced citizens escalated over time, resulting in a civil war that now threatens to destabilize the embattled nation even more.

There are those among the Gilneans, however, who cling to hope. Many believe that a cure for the worgen curse may exist, although others have nearly given up, fearful that if the barricades should fall, their humanity will be lost forever.[1]

Inclusion into the Alliance Edit

Worgen are a playable Alliance race introduced in World of Warcraft: Cataclysm and can choose a class from death knight, druid, warrior, hunter, mage, priest, rogue, or warlock. Outside of combat, worgen can appear in either their human form or their worgen form. They immediately turn into their worgen form when entering combat or activating their Darkflight racial ability.

Recently the Greymane Wall was shattered by the Cataclysm. Setting their sights on the now-vulnerable country of Gilneas, the Forsaken had started an invasion of the kingdom. In their hour of greatest need, the worgen of Gilneas called out for their old allies' aid. The Gilneans are now back in the Alliance, and with their new allies by their side they aren't giving up their home without a fight.

There is sufficient proof and reason to believe that the practices of primitive druidism or "the old ways" were once alive and well within or around Gilnean society before the sealing of the Wall. It is likely that that the people of Gilneas would have once practiced or acknowledged (in varying degrees) the traditions and reverences of nature worship.

However, in time (before the Greymane Wall was erected) the followers of the Holy Light must have spread their teachings to Gilneas and succeeded in converting many of its people, causing many citizens to shun the teachings of druidism. Because of this druidism began to slowly fade into the past and become mostly forgotten.

That said, the Night Elves have taken great interest in the Worgen and are readily teaching them more about druidism, helping them to understand other areas of the path. It seems that this is the Kaldorei's attempt at redemption in the eyes of their allies as they are partially responsible for the Worgen curse reaching them; they feel they owe it to the Worgen to explain and teach the magic, druidism, that can lead to their salvation.

The worgen have retained the skills they had as human citizens and choose to continue using them after their transformation.

Worgen death knights are former slaves of Arugal. These former Gilnean citizens of Pyrewood Village managed to escape the wizard's control only to fall prey to The Lich King. During the Death Knight starting quests, you learn how Worgen death knights came to be.

When you start a worgen Death Knight, you start with their racial abilities, including [Two Forms].

Worgen gained two Gilneas reputation horse mounts in patch 4.3.[2] They are sold by

The playable worgen are Gilneans. The speech should be pretty easy, as the people of Gilneas speak with a British accent and utilize similar phrases, such as "Get gabbing or get going." Some few (like Lieutenant "Foxy" Topper) also use Cockney dialect and slang. Worgen speech is the same in either form, though the worgen form has the addition of growls, howls, sniffs, barks, etc; it is important to know when to use these, as the vocalizations should follow a smooth presentation, rather than suddenly howling in another's face. 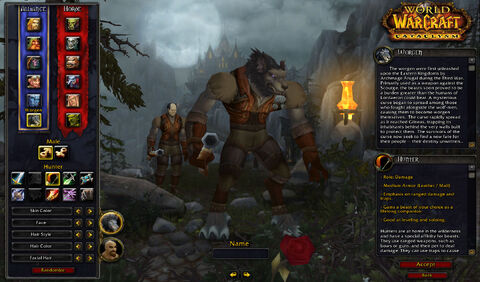 Worgen druid in bear form
Add a image to this gallery

Concept artwork of the worgen racial mount; not finalized[cn]in and subsequently removed. 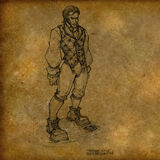 New model for patch 8.2.5
Add a image to this gallery 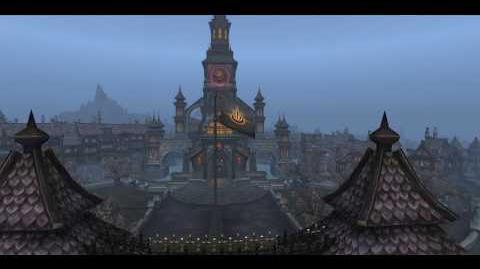 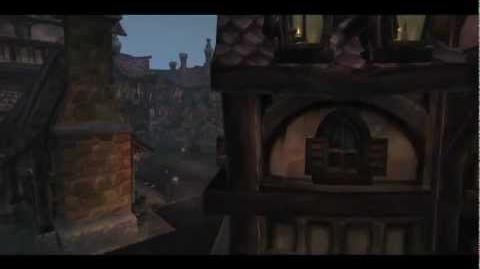 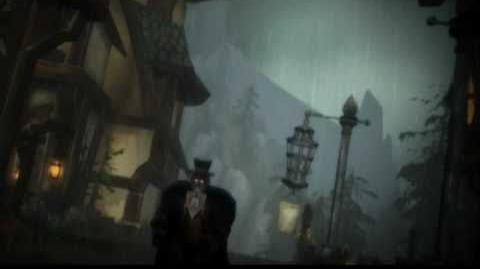 YouTube A playthrough of the worgen starting zone by Jesse Cox of OMFGcata, Part 1

Retrieved from "https://wowwiki.fandom.com/wiki/Worgen_(playable)?oldid=2851899"
Community content is available under CC-BY-SA unless otherwise noted.