WoW Model Viewer is a program that allows users to see all the models for characters, armor, weapons, monsters, and spell graphics in the game files. Additionally, it enables people to take screenshots, add backgrounds, and add weapons/armor to a character of one's choice.

The last official version (v0.5.08) by the original author John Steele (aka Darjk) and chuanhsing was released on March 15th, 2010. With this version, all files up to Patch 3.3.3 can be viewed.

WMVs are widely used by machinimists with the "blue- (or green-)screen-effect", because there are less limits there than in the real game.

The birds of prey

A shipment of cargo. 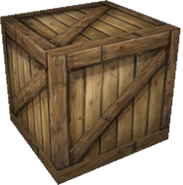 A big crate.
Add a image to this gallery

Similar to the model viewer, this program allows the user to view detailed regions within the game files. 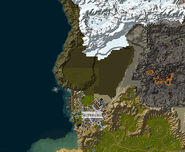 The area west of Burning Steppes.

The Path of the Titans seen from above. 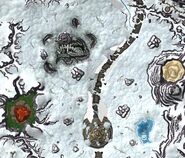 Galakrond seen from above.
Add a image to this gallery

)
Retrieved from "https://wowwiki.fandom.com/wiki/WoW_Model_Viewer?oldid=2843339"
Community content is available under CC-BY-SA unless otherwise noted.