Currently maintained WoWBench wiki pages and support can now be found in WoWBench as a part of AddOn Studio for World of Warcraft on the AddOn Studio wiki.

WoWBench aims to be a near-complete "emulation of the World of Warcraft API". AddOn development in WoW can be somewhat strained at times due the near-total lack of in-game debugging capabilities. Added to that, the time it takes to test each change is fairly long.

WoWBench enables AddOn developers to test most of their functionality offline, in a controlled environment where they can fire game events at their own leisure, with content that they choose.

It also features a "built-in commandline debugger" with stack backtraces and capability to look at global as well as local variables at various stack depths, that allows you to run your own Lua code while examining the breakpoint or error. Of course, anyone with a "Lua debugger" can utilize those for much more fine-grained debugging while running their AddOn under WoWBench, something which is not possible while running it inside the actual game.

WoWBench does not have an actual graphical user interface (at least, not yet). Game world and (simulated) user interface interaction is all done through console commands. This is not a disadvantage, as it has the distinct advantage of being "scriptable for easy repetition". 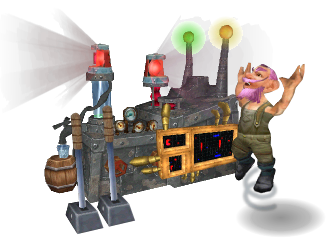 "WoWBench is implemented wholly in Lua", which allows AddOn programmers to easily extend it, and modify it to suit their own purposes.

Yep, that's right. There will be plenty of missing APIs. That is why WoWBench is now a community project and not a one-man show. Either help us implement them, or just hack something up that works for your particular mod. It's all up to you!

WoWBench replaces WoW. Your AddOn runs inside it!

Talking with others about WoWBench

Get a WoWWiki account and hit the talk page(s)!   (Don't worry, it's not like on a commercial site. You just get a user name and password.)

Retrieved from "https://wowwiki.fandom.com/wiki/WoWBench?oldid=2863707"
Community content is available under CC-BY-SA unless otherwise noted.