Westfall borders the Elwynn Forest and prior to the events of Cataclysm, was mostly populated by humans not under the Alliance's complete control. The region was stolen right under the Alliance's nose by its own bitter people. Once a rich agricultural center, this land has lain fallow and forgotten since the Second War, but was held by the Defias Brotherhood for a time before the Cataclysm.[2] Stormwind claimed the land as its own, but found little time to be concerned with it, with insufficient funds and might to retake the region.

A handful of farmers still tried to keep their land, and some even attempted a tithe to Stormwind every year, but most only grew enough to feed themselves. Bandits and gnolls raided those farms that remained, and Stormwind's resources were stretched too thin to protect the beleaguered populace. The Defias Brotherhood controlled much of the region, focused in the southern area of Moonbrook.[3]

The People's Militia erected a last bastion of military power in the region at Sentinel Hill, from where they issued commands to anyone willing to aid the cause. Although most of the area's farms have fallen to disrepair, there are still a number of farmers who bravely (and desperately) cling to their holdings in spite of overwhelming odds.

All other Azeroth territories taken out of the Alliance's control had the Horde, the undead, or the demons behind them. Westfall fell to bitter humans soon after the Second War. The Defias Brotherhood, led by Edwin VanCleef, attempted to take Elwynn Forest but failed. Its members chose Westfall as their new home, and the farmers, still shaken from the Horde's attacks, put up little resistance. The Brotherhood found that the time to steal land from their own accepted ruler was when he was too concerned with orcs, undead, and demons to realize that a good chunk of the continent was gone. The rulers at Stormwind, even with knowledge of the Brotherhood's actions, considered other threats to be higher priorities and figured they'd get to Westfall eventually. They did not know the true threat Westfall presented, or even how much the city would miss the agricultural tributes the farmers made.[4]

Once the breadbasket of the kingdom of Stormwind, the land of Westfall started to grow fallow after years of conflict and neglect had diminished its harvests. Crops could eventually no longer be cultivated in the fields, and the once-abundant mines were ultimately deserted. Even the former defenders from Stormwind pulled stake and abandoned the lonely realm when the cost of upkeep became too great.

Due to this lack of military protection Westfall was all but destroyed by the rebel Defias Brotherhood and its minions, who could easily take control of the poorly defended farmlands. The Brotherhood, composed mainly of thieves and bandits, made Westfall their new refuge. Employing everything from local superstitions to sabotaging mechanical harvest watchers, the Brotherhood stopped at nothing to scare away trespassers and protect their stolen treasures while the populace lived in squalor.

The thieves of the Brotherhood, on the other hand, apparently lived a fine life. Only a few Brotherhood members lived in Moonbrook, presumably acting as sentries. The bulk of the population occupied the Deadmines, which the Brotherhood converted into an underground fortress.[5] Only the People's Militia, a volunteer military organization, rose to stand in their way, recruiting young heroes of the Alliance to strike back and regain what was stolen.

The decline of the Defias Brotherhood Edit

This section concerns content exclusive to Cataclysm.This battle with the Defias was ongoing prior to the Cataclysm, and in the end the only hope the people of Westfall had was to strike directly against the leaders of the Defias, in hiding somewhere deep below ground. Stormwind has sent more troops to the area now, driving back the Defias deep into the Deadmines and causing them to vacate all their ill-gotten holdings above-ground. This may be due in no small part to the death of their leader, Edwin VanCleef, though his daughter still hopes to somehow rally the collapsed brotherhood. With that threat greatly diminished, Sentinel Hill has been expanded with new fortifications, and even Moonbrook is now Alliance-held.

All is not without tragedy, however. The Furlbrow's were murdered including their poor horse, Blanchy. Their farm has been overrun with drifters and homeless, as is the Jansen Stead. It seems like Stormwind still has issues to contend with regarding their beleaguered, forgotten farmers, some of whom have massed near Sentinel Hill's walls. The armies of Stormwind spread thin, they are unable to hold everything the Defias once called their own, as evidenced by the kobolds that now live within Jangolode Mine and the mercenaries within the Dust Plains.

Later on in the main Westfall questline, Vanessa VanCleef reforms the Defias Brotherhood, as a part of their resurgence Sentinel Hill is attacked by the Defias, along with many recently converted homeless. The People's Militia has formed the Westfall Brigade to increase the defence, though.

Once a proud land of farmers and herders, Westfall now lies fallow for the most part because of the thieves who usurped it. Weeds and seedling trees mark the rich land, and the wind cries over the fields. Thieves and bandits are the greatest problems here, but gnolls and the slouching harvest golems also terrorize the already harried farmers.[6]

Westfall has the mild temperatures of Elwynn, but winds batter it both from the sea and from Duskwood. The bare farmlands add little to break the wind, which can cut through clothing on a blustery day.[7]

The region is one of rolling pastures and farms that was once beautiful and green, but the life seems to have been drained from the very land. The sweeping plains have become barren with drought and maltreatment at the hands of bandits and abandonment from its former farmers and caretakers. The grass is yellowed and the fields are infested with ravenous carrion birds and mechanical harvest watchers gone rogue. The Defias Brotherhood still possesses a large mine with an entrance somewhere in the small town of Moonbrook, and rumor remains that they have connections with the kobolds that occupy the Jangolode Mine in Westfall and the various mines in Elwynn Forest.

This section concerns content exclusive to Cataclysm.Much of Westfall was spared by the geography-altering events of the Cataclysm, except near the western coast. Part of the Alexston Farmstead and the entrance to the Gold Coast Quarry have been swallowed by a large sinkhole. Unbound cyclones now sweep the landscape, sweeping up all that stray into their path and

tossing them through the air, potentially to their deaths. Westfall is now more directly under the authority of Stormwind, having the same status in the kingdom as Duskwood and Redridge Mountains.

Alliance
Players can walk directly from Stormwind City or Goldshire, both in Elwynn Forest.

Horde
Perhaps the easiest route for Horde players is to swim up the coast from Grom'gol Base Camp in Northern Stranglethorn, past Yojamba Isle and to the Westfall Lighthouse. Grom'gol Base Camp is easily reached by zeppelin from both Orgrimmar and the Undercity.

Westfall is home to several humans of note, both living and dead. At Sentinel Hill, Gryan Stoutmantle leads the People's Militia and sends promising young humans to investigate the potential rise of a new Defias Brotherhood. He is assisted in his efforts by Captain Danuvin, who also seeks to rid Westfall of the vile Riverpaw gnolls.

And at the Westfall Lighthouse, the ghostly Captain Grayson recruits adventurers of all factions to make Longshore a safer place to venture; one of the rewards for the quest The Coastal Menace is Grayson's Torch which is popular amongst RP characters because of it looking and acting like a flame-lit torch.

Sentinel Hill is the main settlement in this region. It has many subquests that culminate in the large instanced dungeon called "The Deadmines" where you must find and kill Vanessa VanCleef, the leader of the Defias Brotherhood. The entrance to the Deadmines is located in Moonbrook, a broken town formerly controlled by the Defias Brotherhood in the south-west region of Westfall, near The Dagger Hills.

Westfall Lighthouse
Add a image to this gallery 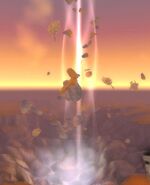 Moonbrook
Add a image to this gallery 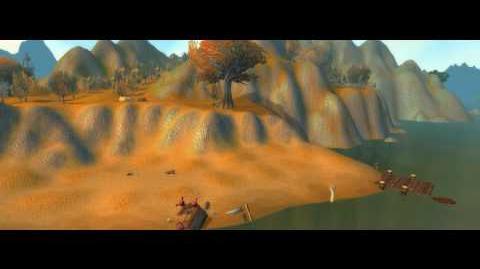 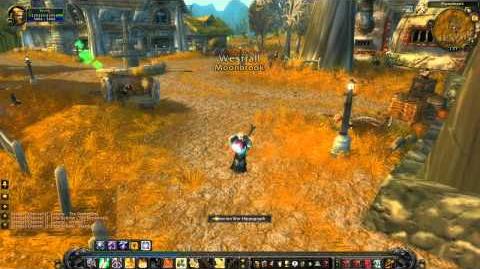 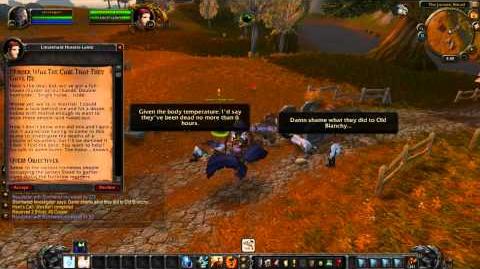 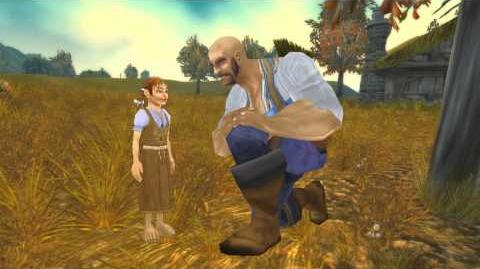 Retrieved from "https://wowwiki.fandom.com/wiki/Westfall?oldid=2858257"
Community content is available under CC-BY-SA unless otherwise noted.