The Western Plaguelands are located in northern Lordaeron, wedged between Tirisfal Glades to the west, the Eastern Plaguelands to the east, and the Alterac Mountains to the south. It is filled with a smoky gray mist and the creatures here are blighted and sick, angrily attacking anyone who wanders too close with surprising ferocity. The land is also home to countless undead who infest the ruins of Andorhal, the four cauldron fields, and Sorrow Hill. The Scarlet Crusade has a significant holding in and around Hearthglen to the north, and the Alliance has settled in the small Chillwind Camp to the south.

Like their eastern counterparts, the Western Plaguelands were once fertile and beautiful but are now gray, blighted and noxious. Undead wander the land and haunt the abandoned towns and farmsteads. The largest Scourge city here is Andorhal, beneath which is an underground complex housing the undead’s School of Necromancy. The Scarlet Crusade strikes against the Scourge from Hearthglen. The only place of any sanity in the Western Plaguelands is Uther's Tomb, a consecrated monument to the fallen hero Uther Lightbringer.[1]

Despite being where the Plague took hold in Lordaeron, the Western Plaguelands are in surprisingly better condition (though still quite dead) than the Eastern Plaguelands. It is clear that the land is trying to resist the Plague with what little it has left.

In World of Warcraft: Cataclysm, the Western Plaguelands are free of the Lich King's influence, and the plague that taints it is mostly cleansed at last. It might even be renamed to a more appropriate name.[2] The town of Hearthglen and its fortress of Mardenholde Keep have been retaken by Tirion Fordring and the Argent Crusade.[3]

World of Warcraft: Mists of Pandaria

This section concerns content exclusive to Mists of Pandaria.Level range is now 35-40. 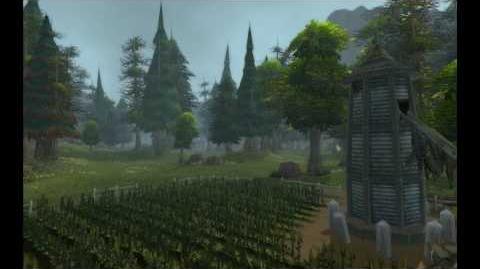 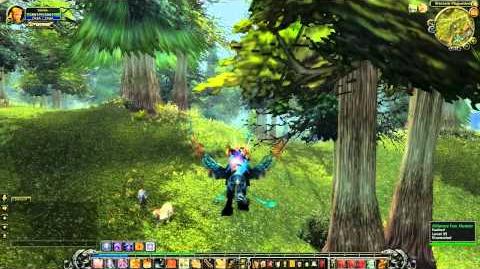 Retrieved from "https://wowwiki.fandom.com/wiki/Western_Plaguelands?oldid=2858086"
Community content is available under CC-BY-SA unless otherwise noted.