Water Shield is a shaman ability learned at level 20 for those with the Restoration specialization. The spell passively replenishes mana, and when taking damage, it restores additional mana to the shaman. Water Shield can only proc every few seconds and lasts an hour. 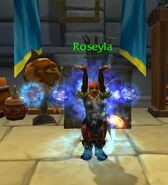 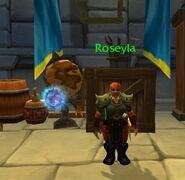 Retrieved from "https://wowwiki.fandom.com/wiki/Water_Shield?oldid=2756959"
Community content is available under CC-BY-SA unless otherwise noted.