"Campaign" means the unit is not a standard unit and is only found in the campaign and custom maps, while "Melee" means it is a standard unit. "Campaign" units often vary from the description of the group (Undead Scourge, for example, has a Pit Lord listed under it). "Special" is usually a summonable or upgraded unit (Spirit Wolf or Berserker).

Note that in Warcraft III the playable races actually referred to factions, and that many other races are included within this playable race. 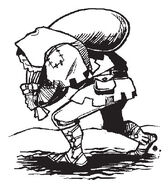 Fire Pandaren Element, Human Captain and Lich
Add a image to this gallery

Retrieved from "https://wowwiki.fandom.com/wiki/Warcraft_III_units?oldid=2845152"
Community content is available under CC-BY-SA unless otherwise noted.