Valithria Dreamwalker, a captured green dragon, is the first boss of the Frostwing Halls wing of the Icecrown Citadel raid. The fight ends when the raid has succeeded in healing Valithria up to 100%, while adds spawn in decreasing intervals. The fight is a chaotic battle for survival. The loss of a tank or a healer could easily result in a wipe.

This boss is available since February 2, 2010 on US servers and February 3 on EU servers.

After she is restored to her powerful self she often just disappears, unless the Icecrown Citadel weekly raid quest is Respite for a Tormented Soul. If it is she'll take the form of a high elf and explain a few things about Sindragosa to the players.

Rot worms spawn in 7-10 per abomination when it dies.

Valithria starts at 50% health and the objective is to heal her up to full. Between half and two-thirds of the healers should concentrate on her, while the other healers keep the raid up. This usually translates to 1 Raid healer and 1-2 healers on Valithria (10 Man) or 2 raid healers and 3-4 healers on Valithria (25 Man).

Adds spawn from the gates. In 25 player, all four gates spawn adds, in 10 player it's only the front two. The spawn rate increases over time. After 7/? (10/25 player) minutes, Suppressors and Blazing Skeletons start to spawn continuously, which usually leads to a quick wipe.

A basic strategy is to loosely assign one group of tanks and damage dealers per add portal.

Since only the closest two gates spawn adds, the back half of the room can be ignored (except when dream portals are opened). One or two damage dealers should be assigned to deal with suppressors. Suppressors can spawn from either side or both at once and only have about 35,000 or so health. The tanks should stand in the middle between the two gates to handle any Archmage or Abomination that comes out. Valithria's healers should set up near her, but close enough so that the tanks can still see them in the event that something needs to be pulled off of them.

The raid should split up into two groups, one positioned to the right of Valithria, the other to the left. Each group is responsible for the adds that spawn on their side, and should only take care of adds on the other side if all adds are dead on their side or they migrate over. Healers assigned to Valithria should stand in the middle of the room "within" Valithria, and only move to jump into portals. This forces the adds to move through the kill groups on either side of her and reduces the chance of migration and missed adds killing the healers. Follow the same kill priorities, and techniques as for 10 player.

The add portal groups should use the following priority list:

Every 30 seconds, Valithria provides portals to the Dream. These portals initially appear as small green orbs on the floor even before they can be entered. The Valithria healers should move close to these orbs and enter the portals as soon as they appear. Only one person can use each portal.

The Dream is a version of the room where only Valithria, several green orbs, and the players who entered exist. The objective is to float through as many green orbs as possible. When a player touches an orb it explodes (no damage) and provides a stacking buff (Emerald Vigor), which increases mana regeneration and healing done. After a few seconds, the players automatically return from the Dream and rejoin the rest of the raid. Now they spam heal Valithria until the next portals spawn. As the portals spawn every 30 seconds, and Emerald Vigor's timer is 35 sec, it should never run out and stack sizes should gradually increase up to over 30 near the end of the fight.

Since Emerald Vigor also increases damage done, it may be possible to have DPS classes enter the portals. Preferably this should be a class with low ramp-up time, namely Warriors, Combat Rogues, Hunters, Shaman or any other class/spec that takes a short amount of time to do a large amount of damage.

The Dream can also be used to avoid getting killed before a wipe. With good timing and a little luck, it's possible to enter the dream and drop out only after combat has finished. After the end of combat there are a few short seconds to run out of the area before respawn.

Once the groups are all positioned properly, begin the fight by pulling the four Risen Archmages that are present in the room at start. They stand in a square shape around the boss on 25 player, or in a semi-circular shape between the boss and the raid on 10 player. These mobs should die quickly.

The healers assigned to Valithria should take a portal when they spawn, and aim to collect as many stacks as possible each time. DPS classes shouldn't need to take the portals, however having a couple of good DPS building stacks can make life easier later on when the adds start spawning a lot faster.

Although semantically very different, the actual encounter has only a few differences on Heroic mode. 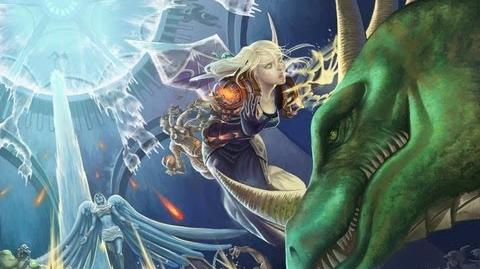 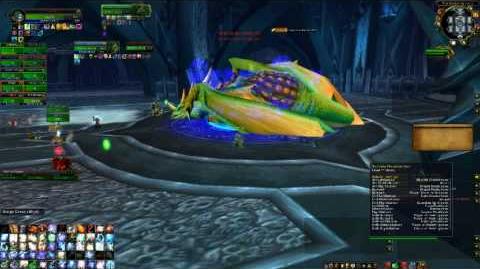 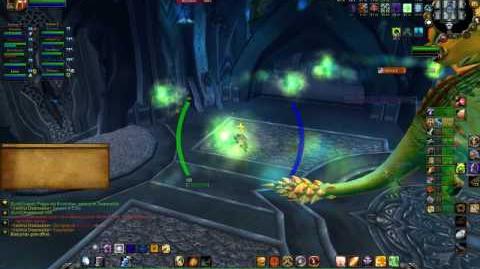 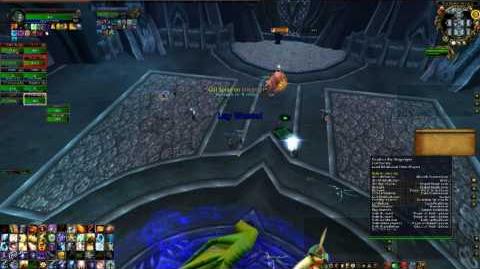 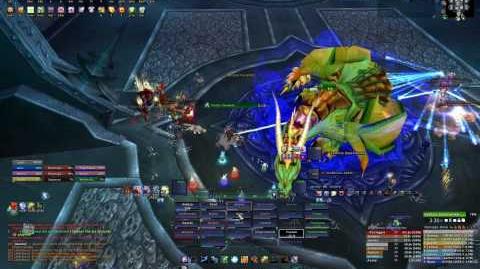 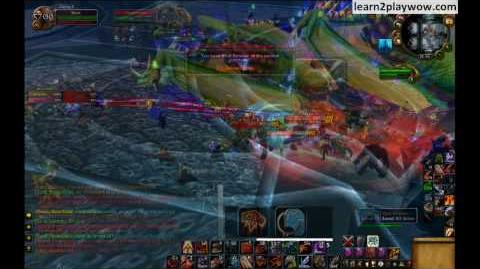 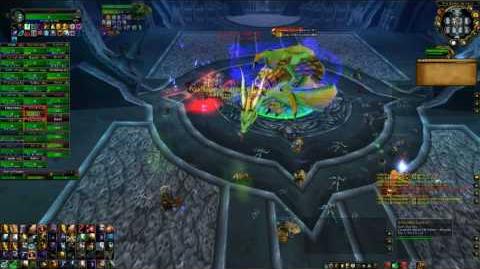 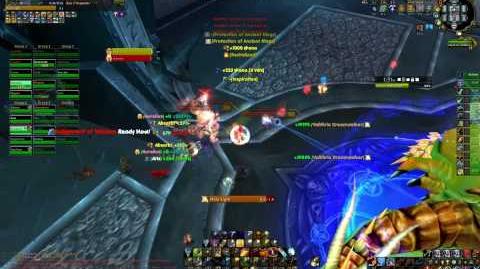 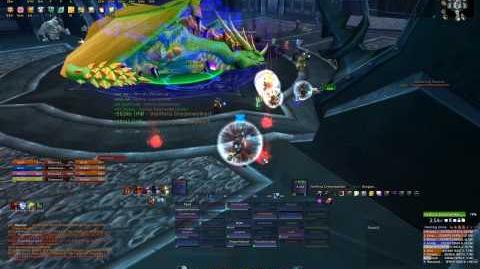 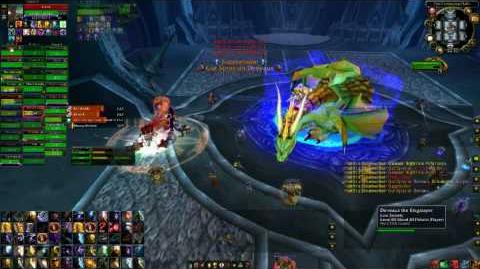 Icecrown Citadel: The Frozen Throne |  Blizzard Entertainment
In the Frostwing Halls players will battle alongside the Ashen Verdict and push into the lair of the deadly frost wyrm Sindragosa, who continues to strengthen her brood with the help of Ymirheim's vrykul. Along the way, the heroes will stumble upon Valithria Dreamwalker, a captured green dragon whom the Scourge is using as a test subject for their own ends....

See this subject on the Hearthstone wiki: Valithria Dreamwalker

TauntMaster Easy to remember, easy to repeat strategy for Valithria Dreamwalker.
Retrieved from "https://wowwiki.fandom.com/wiki/Valithria_Dreamwalker?oldid=2855992"
Community content is available under CC-BY-SA unless otherwise noted.