The ancient seat of the pandaren empire has been hidden for generations, shrouded in mists and walled-off by impassible mountains. The waters of the Vale are believed to have mystical powers... which has attracted the attention of ancient enemies as well as power-hungry factions within the Alliance and Horde. What secrets lie buried below this mystical font of power?[1]

The Vale of Eternal Blossoms is located in the central part of Pandaria. This is the Highest level subzone in the continent, laid away to hold the Pandaren versions of the Horde and Alliance Capital, and unlike the other zones only serving dailies and a few regular quests, as the zone is 90-90, not leveling any players. Within this area are two dungeons, Mogu'Shan Palace and the Gate of the Setting Sun.[2][3]

Factions in the Vale

The Golden Lotus, one of Pandaria's three defense lines, will serve daily quests in the area to fight back the Mogu, which will unlock Riding Crane mounts once exalted. Additionally, in order to do dailies for the August Celestials, fighting back the Sha presence, and Shado-pan, the defense line against the mantid, you will need revered standing with Golden Lotus. The August Celestials will vendor Thundering Cloud serpents once exalted and the Shado-pan will reward an Onyx Cloud serpent by quest, which comes available at exalted, and will unlock Shado-pan Riding tigers at the Quartermaster to buy.

As of Patch 5.4, the Vale was be changed dramatically. Warchief Garrosh Hellscream, seemingly mad with power, threw the remains of an Old God into the water outside Mogu'shan Palace. Much of the area was ruined by the subsequent infestation of the Sha.

The Vale is bordered by tall mountains on three of its four sides. In terms of elevation, it sits between the Valley of the Four Winds and Kun-Lai Summit. The northern gate opens from Kun-Lai Summit while the western gate closes off the Vale from the Dread Wastes.

The majority of the Vale is covered in golden-leaved trees, giving the zone an eternally autumn feel. Paired with this are the vibrant golden grasses and many sources of water. Pools dot the landscape in the east, while a central lake and waterfall can be found near the central region. A much higher lake in the very northwestern section, close to the ruins.

Both factions enter the Vale from Kun-Lai Summit via the Gate of the August Celestials by quest at around level 87. The gate is located in the south-central part of the Summit and opens into the northern part of the Vale via the Golden Stair. the gates will stay open, although after the special quest scene mogu move into the gate area, making it unsafe to travel in if you're lower than level 90, so its a good suggestion to set your Hearthstone on the Local Shrine where you come in, allowing easy transport back to the older parts of the world and flight paths connected to Pandaria.

Serpent's Spine (near the Gate of the Setting Sun) 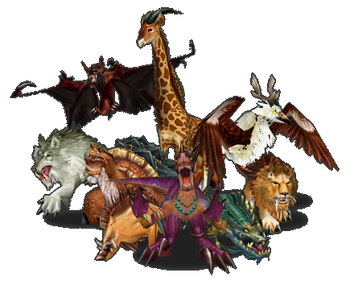 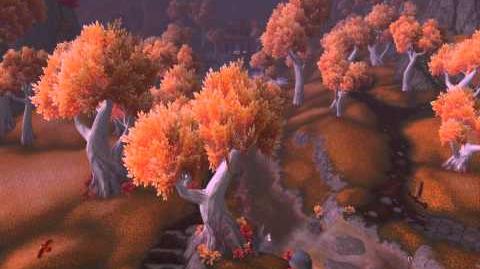 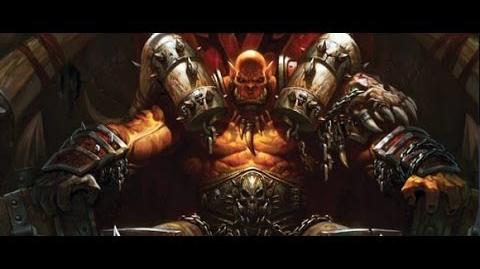 Retrieved from "https://wowwiki.fandom.com/wiki/Vale_of_Eternal_Blossoms?oldid=2840616"
Community content is available under CC-BY-SA unless otherwise noted.