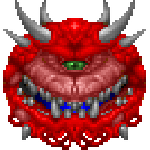 aka the Dark Admin

About the Lothar article

The thing with the gent who posted it - the last Alterac - is that...in all frankness? TLA is an idiot. And he's said several times he was never going to come here again, and yet he does, coming up with stupid things like this. The last idiocy he came up with was in the article for Sylvanas Windrunner, editing out any reference to Sylvanas' interaction with Uther in the Halls of Reflection. His edit reason: "Removed alot of text involving "Uther's Ghost". This is a wiki, and I don't need any one's bull shit screwing with the lore." Despite being shown the evidence by, among others, myself, he still thought it had no place here.

I don't believe he thinks before he decides to edit. Especially considering he said he would never edit again. He's like that annoying screaming kid that always shows up in the restaurant while you're trying to enjoy a decent meal - you hope they don't show up, and yet they keep coming. --Joshmaul (talk) 15:17, April 20, 2010 (UTC)

Retrieved from "https://wowwiki.fandom.com/wiki/User_talk:Vorknkx?oldid=2285723"
Community content is available under CC-BY-SA unless otherwise noted.