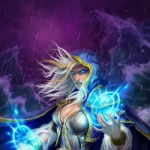 aka Antonidas of The Kirin Tor

Any changes made to the listed races in the infoboxes has to be accompanied by citation, otherwise they'll likely be reverted. Refer to the Template:Infobox zone page for a more detailed explanation. Raylan13 (talk) 01:51, April 21, 2013 (UTC)

There is a process for applying for and receiving Expert status

. The signup page can be found here if you are interested. Be sure to read through the General criteria section before signing up on the topic's individual signup page (found to the right of the topic). Raylan13 (talk) 16:47, October 9, 2013 (UTC)

I see you applied to be an expert in RTS, however it looks like the community has not decided yet. A decision has to be made before you become an Expert in a subject. I suggest reminding the other Admins, as well as the patrollers to comment on the application. It's easy to miss when someone applies.

Please give source and licensing info for images you upload Edit

If you don't at some point your images could get deleted. In the very least give a link to were you got them from and mark them as fan art ({{fanart}}). --

How to put a pic in your sig Edit

Here's what I did:

Thanks!Were along with Raylan are the only ones going ,_,

Since the Lordaeron page already exists and covers info about the kingdom, I'm treating the "Lordaeron(Kingdom)" like fanfic and moving it to a subpage of your user page. --

Aight,but i think it might beb etter if you put it alinged as Horde since lorewise it is owned by the horde --

Just FYI. Some of the parts of the NPC boxes on the pages are relatively factual and follow the current game data, like faction, similar to WoW Head, WoW DB kind of thing. There's are a ton of options for NPC box {{Npcbox}}, and some more suitable for declaring more lore relative traits. Also for your perusal the complete list of Npcbox Examples. :) Celess (talk) 20:29, November 6, 2013 (UTC)

I thought it was inadvertently added to the top of the list, as Fandyllic and Raylan13 were the first two announced attendees, and formally due to their roles in WoWWiki. I see now in history that the list was added afterward with just your name, and then theirs were added by Fandyllic. I will put it back.

How and where should we meet at BlizzCon? Edit

Raylan13 and I are in close contact (we've met and have each other's phone #s). If you want to pick a place and time in the morning before the con starts to meet, leave me a message where and when and we'll try to be there. --

I will have a Wikia T-shirt on (brown with yellow letters). Hopefully I'll be the only asian dude who has one. ;-) So, you might just see me around. I think the opening ceremony is at 11 am, so we should maybe try to meet at statue at 10:30 am. --

Sorry I missed you at Illidan statue the 2nd time after Opening Ceremony. I waited until about 12:10 pm, but then had to go up t press room to check in. --

Its fine!Im trying to get stuff from "Loot Elemtental" This time!Check Toms(Right?) Talk page,I think we decided on a time :) --

Also,Same time to meet at the Illidan Statue? --

Dragonmaw in Warlords of Draenor Edit

Someone asked about the Dragonmaw clan and Blizz guys (Metzen and Kosak?) basically said Dragonmaw clan got developed in Azeroth after going through the Dark Portal, so they won't be covered in new expansion. --

Hey look behind you,if your at the Illidan statue --

Also,if you could give me some tips on the Lordaeron(Kingdom) page :) --

I've been thinking about this and I think the Lordaeron page should be the page for the kingdom (since that is what most people think about when you say, "Lordaeron"), so I will add some stuff at the top to link to pages like [[Lordaeron (subcontintent) and Capital City (which is the name of the capital city of Lordaeron before the Scourge trashed it). How does that sound? --

Sure!That seems the best thing to do! --

Also,do you want me to put the Stuff from my page onto the page? --

Hey, when you log on, if I'm in-game also, try to chat with me via my BattleTag which you can find here: User:Fandyllic#World_of_Warcraft_info. I forget when you get to play, so tell me the times when you are usually playing on my talk page. --

Stuff to work on Edit

You can work on updating anything in the following categories:

Specific articles to work on:

Hi TheKaldorei, I just want to say thank you for editing on my article, World of Warcraft: Emerald Dream. Thank you! Please, if you have any ideas that you would like to share, add them.--Spenpiano (talk) 02:47, December 6, 2013 (UTC)

Also, if you have ideas for the User:Spenpiano/Isiden Perenolde, please add them since I'm willing to expand the pages.--Spenpiano (talk) 20:05, December 6, 2013 (UTC)

I was wondering, given your time here and anti-vandalism activities, if you'd like to be a Patroller? One of the powers it adds is the ability to rollback vandalism

If you say so <Grabs a hunting rifle--

Hi there, I just updated new information on the Lorthuna page that you made. I'm still thinking of ideas to add on that page. If you have any, please add them.--Spenpiano (talk) 15:46, December 7, 2013 (UTC)

Be careful changing the faction on major characters. For many of these, major rejiggering would need to be done, and warlords hasn't happened yet. If unsure, can add or append to {{Warlords-section}} or {{speculation}} sections with the info and source. Celess (talk) 16:26, December 9, 2013 (UTC)

Good job on the Agamand Isles page. Let's try and add more stuff into the page. I also want to think of more locations that we can add. If you have any, please post.--Spenpiano (talk) 23:14, December 9, 2013 (UTC)

Is this Fanfic? I cannot find any references on this NPC.

Fan fic,I put -Custom Characters- On the SC page,were the high archy of it is.You'll find it :P. --

Oh ok. Just a heads up, fanfic goes on user sub pages, so I'll move it.

Nice job catching that vandalism! Feel free to add vandals to the WoWWiki:Violations page. I find that most anons only vandalize once, but for those that vandalize repeatedly it may be easier to put them there.

Please read carefully the {{Warlords/Update}} tag was on your User:TheKaldorei profile page. Please be careful avoid removing content important to the currently playable game. See Help:Updating for Warlords of Draenor. If unsure, message Fandyllic, as is the one generally been working trough larger content and layout changes on main pages, including portals. Celess (talk) 22:23, December 12, 2013 (UTC)

There's not a huge reason to create separate articles for info about the custom map, unless one of the other admins says otherwise. Raylan13 (talk) 17:48, January 29, 2014 (UTC)

Hello TheKaldorei, if you get this, please help by providing more ideas to edit on the following pages: Battles:

Of course,I was the one who edited Falin/Eli!--

I almost forgot, I have other pages for you to look at:

If you could add these Images onto the site, and add them to the Iron Horde infobox http://wowpedia.org/Iron_Horde Thanks,

Retrieved from "https://wowwiki.fandom.com/wiki/User_talk:TheKaldorei?oldid=2720911"
Community content is available under CC-BY-SA unless otherwise noted.