I really like the pictures you've taken of the Mount Hyjal/Fireland Invasion quest chains. They are the perfect size and good quality. My pictures always turn out HUGE. Keep up the good work dude. Zmario 19:56, July 1, 2011 (UTC)

I noticed you removed subzones from {{Molten Front}} template. I usually get my list of subzones from DB.MMO-Champion.com. Have you verified that subzones like Anvil of Conflagration really aren't in Molten Front. I haven't been there yet. --

Nevermind. The DB.MMO-Champion.com list appears to be wrong since all the subzones in Firelands are listed as Molten Front subzones. --

Hey, recently you commented on my edited pages. Thanks :) i'm new to wikia, so i am trying my best :D sorry if i posted it in the wrong pace, like i said, i am new :P

Coven of the Blue Panda

I'm sorry for the confusion, but I put the Coven of the Blue MVP Rejects article up for deletion. I'm not sure how or why my delete request was associated with the Coven of the Blue Panda. —This unsigned comment is by Kawai (talk • contribs) 17:07, August 9, 2011. Please sign your posts with ~~~~!

You happened to tag the article after a vandal renamed it to "Coven of the Blue MVP Rejects". --

What the crap dude, this is why I never like to get involved in wikis. It ends up being a stupid, g'damn fucking fight when someone doesn't agree about new information being added that you never heard of.

The purpose of a wiki is to SHARE INFORMATION, not sit on your hands and act like you're right just because you didn't know that information.

I decided to provide information and I am not going to get in an argument with some inept, asshole who thinks he's right.

Wiki politics are stupid. I don't know why I bothered to try to provide that information to the community. SORRY for trying to provide information.—This unsigned comment is by LighthammerXP (talk • contribs) 16:59, September 2, 2011. Please sign your posts with ~~~~!

I noticed there wasn't a page for Captain_Lancy_Revshon an I did not know till now how to toggle the WoW UI off, an the requirements to submit on here (: You redid the page beautifully. Thanks Again.

Hello Ray =) I have seen that we have differing opinions about the personality of Arthas. we can try to talk =) The purpose of Arthas has always been good. During his career as champion he has made ​​some mistakes: it was reckless and stubborn, but his intentions were never bad. Next ... When he became lich king, he killed the child with Frostmourne. But was the new Arthas, the evil, to kill the child (which is the last shred of his soul, in fact killing him with Frostmourne, he sent him in the sword, along with the rest of his soul stolen previously). Since we are our soul, then the child is the last remaining part of Arthas, the REAL Arthas.

Are you agree with me? =) I hope it ... Arthas was always my favorite character. From him I learned how can be terrible to see people we love suffer. But above all I learned that in these cases we could not do better than offering our life "bearing any curse and paying any price" for those we love. =') Morbo94 (talk) 18:08, September 3, 2011 (UTC)morbo94

hello im a bit dissapointed that you dont get one of the points in life you getting red of my post was like saying a wow orc is differnt than a d&d or warhammer orc witch its not in a quick term an orc is a orc a human is a human a tendriculos is a tendriculosif you dont get it take a class in life Cameron1901 (talk) 20:03, September 21, 2011 (UTC)

meet me on the chat plz

Hello Raylan13, I'm here for ask you a thing for the WoWWiki-Italia project. I've opened a new wiki for the italian community of that game (the wiki that is now open have not a good administrators). I want to install some of the templates avalaible in your wiki (like Infobox_game or Infobox_town) but i can't do it. I've edited 100/150 times the template pages but the result is the same and the template doesn't work. I hope in your assistance, goodbye!

The huge chunk of information I deleted is 100% false.

The huge chunk of information I deleted is 100% false.

I'm pretty far behind on BlizzCon 2011 updates, so I have been working on infrastructure for updates based on new

info. See Help:Updating for Mists of Pandaria. I'll also be busy most of Saturday, but I'll see if I can do some catchup on Sunday. Hopefully the Virtual Ticket stream is available for with old stuff for awhile. --

I noticed you were adding {{Mists-section}} with new expansion info, but not adding the section header. Unless you have a good reason, you should add something like === In Mists of Pandaria === before the Mists section template. That's how it is recommended in Help:Updating for Mists of Pandaria‎‎, so we should set the right example.
Don't hesitate to ping me, if I'm doing something inconsistent with our docs/guidelines/policies. --

I will look at working on the Mists portal. The FF7 Javascript problem appears to be fixed (yay!). --

have you seen a Orgrimmar Thief before?

What do ya use

Really cool, i mite try that

you got any spots you need help with?

i'm just working along (be done by tomarrow)

Got about Half or 1 third of the Echo Isles Done

Pictures on the 5th

Morning, or i mean Afternoon, i just got up so i will the final 1 or 2 thirds or half

Pictures on the 5th

all pictures are up on my page now,

ya still on? if you are on i'm on the Chat

k, i will wait then (mite edit pages)

Pictures on the 6th

i mite be able to grab higher level pics soon

talking on the 7th

also why did you edit Mount Hyjal

From this (not exact)

darn, well i'll talk to you here, do you think i could grab some pics on your account when your not on?
i will not:
share anything about your account, talk to poeple, queane for Dungeons or BattleGrounds, or spend money (unless for Repairs)
only if you let me:
run a dungeon by self (a low one for non tanks), maybe finish Achivment (if i end up doing), and maybe others if end up doing
and if you say no thats ok i am just board lately
--RaceLord (talk) 02:26, November 9, 2011 (UTC)

Yeah we can use that as a category. I didn't realize we used it for the other races. --

Hey i'll be working on the Template:Dungeons tomarrow, like sorting the Dungeons and Raids (Raids at Bottom, are other stuff) --RaceLord (talk) 07:16, November 30, 2011 (UTC)

Hey I finished the Template:Dungeons page edits, here it is:

Hey dude, i bet you will be working on the Well of Eternity (instance) tomarrow, i can run and Grab Almost all of the New Darkmoon Fair on there new Island tomarrow --RaceLord (talk) 22:13, December 3, 2011 (UTC)

also how did you get the 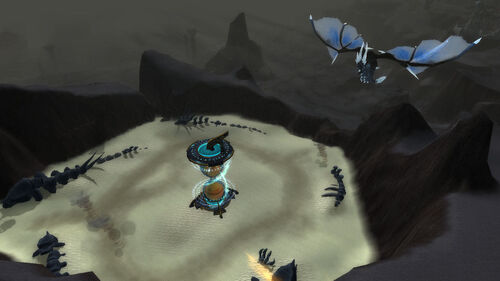 ok, also i tried to learn Archaeology on my Paladin, i talked to 2 of the Archaeology trainers and i couldn't learn it, it was a blank training thing. --RaceLord (talk) 01:34, December 6, 2011 (UTC)

Right......... forgot about that, well i need to wait till i get a full account and Wrath and Cata, also can you get Cata and it counts as Wrath?

sorry about that, i was in the Twilight Highlands having fun on my Paladin, and i took a few pics there. Also did you see my last message about any of your Characters with a 2 man mount that you could maybe switch servers with? --RaceLord (talk) 02:28, December 7, 2011 (UTC)

All pictures i took are here: Darkmoon Faire, and a Few others that are on pages are here: The Tauren Chieftains --RaceLord (talk) 04:53, December 9, 2011 (UTC)

Ya, but the Games should have there own pages because they are games and the Pictures for them can't all be on the main page of Darkmoon Faire --RaceLord (talk) 05:07, December 9, 2011 (UTC)

with the Darkmoon Faire NPCs, some need to be fixed like

going crazy for Darkmoon?, even though we got 1 day left i will trie to help, i have many guys at the darkmoon faire so they will see what will be there or happen after its over --RaceLord (talk) 06:07, December 10, 2011 (UTC)

i saw even more guys around, i think i saw

The key to making coords work is generating a 300px thumbnail for the full map. This usually is don to add and entry to Template:Coords/Maps/doc which the Javascript scans for the thumbnail URL to load. So once I put the 300px thumbnail URL on the subpage, it worked. See Rinling.

I'm still a little suspicious of our coords mapping, though, since Wowhead coords all put the dot a little bit off. I don't know how to fix it, though, so it is good enough. --

DUDE! THEY JUST KICK YOU OUT OF THE DARKMOON FAIR WHEN ITS OVER! ALSO IF YOU DIE THERE YOU NEED TO FIND A GRAVEYEARD AND GET REZ SICKNESS. THAT IS JUST JERKISH! --RaceLord (talk) 05:13, December 11, 2011 (UTC)

Hey when you add the {{Removedwithcataclysm}} for old Darkmoon stuff, can you make sure to put |patch=4.3.0 to clarify it was removed with a patch and not the initial release of Cata. --

you should also play as a Gnome/Goblin for short pictures and Human/Orc for tall pictures, you also got all of the pictures already? --RaceLord (talk) 05:53, December 22, 2011 (UTC)

I've recently changed the http://www.wowwiki.com/AddOn_Studio_2010 page to remove a link that I strongly suspect to be a keylogger. I am not 100% sure whether this kind of change is in line with site policy, but I wanted to protect others from making the same mistake if my suspicions are correct. Could you please advise how this situation should be handled?

Retrieved from "https://wowwiki.fandom.com/wiki/User_talk:Raylan13/July_2011_through_December_2011_archive?oldid=2534865"
Community content is available under CC-BY-SA unless otherwise noted.