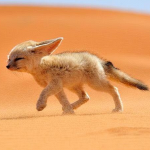 Thanks for uploading all the battle pet images

We'll try to fill in the pages about them as we go. --

It helps when adding more info to the page later. In the editor's Source mode, put {{Stub/Pet}} at the top of the page. Thanks. --

I endorsed your candidacy here.

You're now officially an expert. Sorry it took so long. --

New templates to use for battle pet ability tables

Do you sleep? Are you a bot? Want to be a patroller?

The number of pages you're adding is amazing! Anyway, not sure how familiar you are with wiki admin roles, but would you like to be a Patroller? --

Don't know if you saw this, RBoy

Impressive how much you can add. If you think of any templates or symbol images you might need, just bug me. --

Thanks for continuing updates

If you need any templates or any other help, just ask. --

So both WoDB and Wowhead have the

Draenor Safari icon as File:inv_pet_achievement_collectallwild_outland.png. This is wrong? You've seen a different one in game? Note, Blizzard often re-uses icons when they are too lazy to make new ones.

If it is different in-game, can you take a screenshot, just so I can see how different it is? --

It looks like the icon for Draenor Safari in WoWDB and Wowhead are correct... I saw this tweet and this screenshot of the popup that both show the icon I mentioned above. --

I keep track of it here: WoWWiki:WoW_Icons/Wanted_Icon_List

I even have the battle pets section at the top!

Feel free to add stuff to the list. It creates a link to Wowhead, since those icons are the easiest to grab for making nice versions. They have the un-framed icon, because they add the frame with CSS on the web site. --

Do you pet battle or are you mostly a collector?

I'm mostly a collector, but a friend got me into battling enough that I have a bunch of level 25 pets with many key ones. I'm not good enough to have done the Celestial Tournament, though. I still don't have the Unborn Val'kyr.

I mainly just collect, too, but I like to level up my pets as well. I have 59 level 25's so far. One of my favorites to use for leveling up other pets is the Fluxfire Feline, as it can take care of most beasts or critters in like 2 hits. I'm not much good at battling, though, and I've kind of given up on PvP because so many people who do that are ridiculous. I haven't been able to do the Celestial Tournament either; I maybe got halfway through. Yeah, the Unborn Val'kyr is like impossible to get. I've only seen one once, and by the time I dove down to try to battle it, someone else had gotten to it first. -RBoy (talk) 19:15, April 13, 2017 (UTC)

We're probably similar then... Same thing happened to me the one time I saw an Unborn Val'kyr... I'll have to remember that FLuxfire Feline tip. I basically just level up pets with the stones I collect... I keep wanting to level pets the old fashion way, but I never get to it. --

It's not too hard to level pets if you have 2 good level 25's that can take on all 3 opposing pets on their own if need be. I usually level mine up to at least 23 the traditional way and I sometimes use stones for the last 2 levels, because those ones go so much slower! But if you're going against a high enough level pet, you can get the first 9 levels in 2 battles, and then all the way to like 15 or so in 1 battle per level, so it doesn't actually take that long. Also, if you're leveling low-level pets, try not to battle anything that has a poison or web attack, so you can switch out and be fine. Chipmunks are pretty annoying too, with their [Nut Barrage]... I like Vale of Eternal Blossoms personally, as most things there don't hit too hard on the first attack. -RBoy (talk) 11:47, April 17, 2017 (UTC)

was the current expansion, I loaded up on the leveling stones, because I had like 7 level 90+ chars, so I did the Pet Menagerie dailies constantly. With

, I'm only starting to get back into pet battling based on world quests. I have too many alts, so I can rarely justify going back to an old zone just to do something. I still go back to my garrison ocasionally, because it is a good money maker. I've been meaning to get another fishing raft (only have 1 char with one, but like 6 chars with over 600+ Fishing), but I still haven't gotten around to it! --

I noticed you often link to quests like this: [[Quest:questname|questname]]

It's really much faster to use {{quest|questname}}. I gives a link to the quest and gives links to external DBs, if the quest isn't in WoWWiki.

Can you do some research on Pet Battle Dungeons?

I've been seeing news about this, but I haven't had time to look into it. Wowhead is usually a good place to start. --

Please make separate NPC pages for NPCs in different locations, especially if they have different quests or sell different things. I added some stuff (Patch 7.2.5 and a Wowhead guide link) to Pet Battle Dungeon which you made an excellent start on. --

I've noticed that you're editing at the moment, and I was wondering if you could help me out?

I've added a photo the the Human (playable) article and it's supplanted the usual logo as the preview image. A screenshot of this is on my wiki profile. I also included it in this post. I removed the image just now, but it remains as the preview. Is there any way for me to undo this?

Thanks for your time.

I wasn't sure if it was on purpose that it was marked a stub, and I'm rather certain that there isn't much more information to be included on the page. Some articles will have to be stubs, I think. Not every character can be Thrall. You're free, of course, to restore the banner if you find it necessary. I have no intention of debating you on the matter, as I'm sure that your wisdom on it exceeds my own.

Oh, I must have edited that one awhile ago, before I really knew what I was doing... I didn't realize there were any pages like that left. Thanks for noticing it and fixing it! I'll be sure to keep my eye out and fix any more that I come across. It might be a little while before I'll have time to go back to editing pages, but the school year is ending soon, and I'll have lots of time over the summer! Sorry that I haven't been able to do much recently. RBoy (talk) 11:14, May 6, 2018 (UTC)

No worries! Always appreciative of whatever help you can provide

Follow what Wowhead shows... you can decide what you want to be Flamethrower and what should be Flamethrower (2)... the primary one should probably be the one most player will see more often. --

Retrieved from "https://wowwiki.fandom.com/wiki/User_talk:RBoy?oldid=2845857"
Community content is available under CC-BY-SA unless otherwise noted.