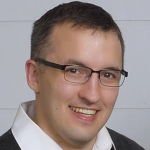 Stub/Notorious is not subject speedy deletion stub policy, don't ask me how that came to be, but after conferring with another admin the articles for Blizzard forum posters will remain. --GRYPHONtc 16:40, 25 June 2007 (UTC)

It is unnecessary to put the speedydelete tag on articles related to undeveloped articles for in-game abilities and talents, as you are doing. Instead, please us the {{Stub/Ability}} tag so they can be developed further. -- TUSVA ~ T | C 18:35, 25 June 2007 (UTC)

Which states that articles can should only be SD'd if "The page has never had any content, especially if it appears that it will never have any content", the latter of which is highly untrue, as I know there are a few contributors working on filling out the ability and talent pages. It makes sense to keep these stub'd so contributors are more aware of them needing work (through Stub cats, etc) rather than leaving gaping holes in the Wiki. -- TUSVA ~ T | C 18:41, 25 June 2007 (UTC)

In my opinion, a red link on the articles that link to them (and in Special:Wantedpages) would be more of an alert that something's missing content. In either case, no content is lost with the deletion of the page, and if people want to put content there, fine. But pages which have been marked "stub" for more than a month seems to indicate that no one's working on it. --Pcj 18:44, 25 June 2007 (UTC)

I agree, looking at the contributions for who started many of the articles have gone on to contribute to other content and have just left them as stubs. I believe red links are more appropriate for content needed than simply a stub. --GRYPHONtc 18:49, 25 June 2007 (UTC)

There is more lost from deleting them then there is gained (the history of the article, the categorization, etc). They've been categorized and already linked in many pages, there is no reason to delete them as they are a permanent element of the game. If we were talking about the content the SD was designed for (extraneous guild pages, personal pages, etc), then I'd support it. As is, I see no reason to completely remove talent and ability articles that are stubbed. -- TUSVA ~ T | C 18:52, 25 June 2007 (UTC)

History is usually confined to 1-3 edits on these articles, because they are stubs. Categorization is flimsy at best, and can be easily re-added by proper use of templates in addition to content (bots add categories all the time). If they're so important as to be linked to in many pages, then they should have content. SD was designed to reduce clutter, which includes stubbed pages without content, as the policy says. --Pcj 18:55, 25 June 2007 (UTC)

That's irrelevant, you're still not gaining anything by just blowing away articles related to permanent abilities and talents in the game that will inevitably be worked on, perhaps sooner than you know. They're hardly clutter, and the time taken to go through and remove them could be better spent improving them or focusing on the real clutter of the Wiki. -- TUSVA ~ T | C 18:59, 25 June 2007 (UTC)

I wouldn't call removing an article with 2 categories and no content blowing away. --GRYPHONtc 19:01, 25 June 2007 (UTC)
I've seen no proof that stubbed articles get edited faster than "wanted" articles. The latter seems more logical to me to edit...the blazing red link always indicates that something's missing, whereas a blue link (even though the destination page is a stub) makes people think content lies within. In any case, in the absence of proof, I'm going to continue until the policy changes. --Pcj 19:03, 25 June 2007 (UTC)

I've seen no proof that red articles get more attention either. If anything, they result in a knee-jerk reaction to throw a stub in there, and we're back where we started. My point is that a small amount of existing information is better than none at all, and the time could be better spent improving articles or focusing on actual clutter. /shrug That's all I have left to say on it, really. :P -- TUSVA ~ T | C 19:08, 25 June 2007 (UTC)

The burden of proof doesn't lie on me to prove that "wanted" articles are edited faster, since I'm not asking you to do anything. I've seen several of the articles deleted created with new content after being stagnant for several months marked as stubbed. My edits comply with policy. --Pcj 19:28, 25 June 2007 (UTC)

I say yell at people creating pages simply to Stub them. If they are linked somewhere then with the use of the Loot/Quest Template people can quickly get to the article on WoWhead, Thottbot, or Alla. In my opinion, stubs should be saved for pages left unfinished by the person who initially created it. Instead of making stubs, or marking with speedydelete, I took an initiative to try and fill the pages.
∙ Zurr  Talk ∙ Contr 19:39, 25 June 2007 (UTC)

The more pages they're linked from, the more likely it is someone will see the red link if/when they are deleted...if someone's going to put up a screenshot and call it a page you might as well redirect the page to the image, especially since those stubs have been there so long. For your second point, look at the edit before mine. If it's more than a month earlier and has already been stubbed, I put up an SD. Otherwise, if it needs a stub or has been edited considerably within a month, I edit it appropriately. --Pcj (T•C) 14:17, 27 June 2007 (UTC)

1)Many of the location pages have more than the screenshot, and your logic about intentionally making red links is contradictory to encouraging contribution, which is the entire point of a Wiki.
2)No where in WW:SD policy does it state it has to be edited within a month otherwise be deleted. I completely contest that arbitrary method of deciding what gets tagged. Using that level of thinking, we could decimate half the wiki because an article hasn't been touched in a month, regardless of the content. -- TUSVA ~ T | C 14:31, 27 June 2007 (UTC)

Well, the stubs certainly aren't working at encouraging contribution, the theory is that during casual browsing a reader is more likely to see a red link than browsing stubs. The month limit is my own determination based upon the policy, which says "The page has never had any content, especially if it appears that it will never have any content". To me, a month is ample time to expect someone to finish an article marked "stub" and which has at best a sentence, maybe a picture, and a few templates which were thrown on there by bots. Otherwise, it's fairly safe to assume the article has been abandoned. --Pcj (T•C) 14:38, 27 June 2007 (UTC)

The entire point of a stub is to mark it for further work. Assuming "casual browsers" are going to contribute to an empty article rather than a stubbed one is illogical. The amount of effort to throw in a bit more information to an article that ALREADY EXISTS is much less than going through and creating one from scratch, using local templates, and policies, etc etc. Which do you think a "casual browser" will contribute more to? The one that's already built and needs a bit more pieces of info or one that's completely blank?
Using your logic, we would just delete EVERY article that hadn't been touched in a month if it wasn't complete because it'd be "abandoned". Again, that flies in the face of the goal of community contribution. Some articles may be updated fifteen times a day, others once every other month. That's the nature of the beast. -- TUSVA ~ T | C 14:44, 27 June 2007 (UTC)

Retrieved from "https://wowwiki.fandom.com/wiki/User_talk:Pcj?oldid=721666"
Community content is available under CC-BY-SA unless otherwise noted.