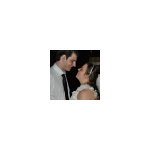 Wasn't meant for nomination. if you look at the page you can see that it was a temporary page made by someone (not myself) You can see this by the fact that it got moved to another page. I expect this person to be using it again, content on it is then rather annoying for him to work with. --Patrigan Lvl 60 lock EU-Shattered Hand 11:34, 23 December 2006 (EST)

That is the TCG lore template, if you would like to make an additional one for gameplay mechanic purposes you are welcome to.Baggins 12:13, 23 December 2006 (EST)

haha, you were actually faster than me ^^ was planning exactly the same.

Ahh, glad it meets with approval :). I've also changed the icon for the lore version, so that there won't be confusion between the two.Baggins

Hi! I had a go at adding some of the quotes found on Onyxia cards to the card list. It seems a little bit cumbersome right now, but I am adamant that I'd like the quotes to be incorporated somehow. Maybe you could have a look at the quotes on the Onyxia raid page, and have a think about how we can incorporate quotes Oahkoah 15:31, 1 January 2007 (EST)

I am currently in discussion with the WoWwiki admins concerning those cards. It might be that we will get allowance to add every single card. That way, we can create a page with all events and a page with all abilities, or something along those lines... (how exactly is still up for discussion aswell) Proabbly also a page for every single card. Or maybe a collection of all class specific abilities (1 page per class) as said, everything is up for discussion, might be that we actually create a separate page for every card. Either way, atm, we'll have to add whatever we can in the way that we can. I will keep you up to date of progress. Might be that I will ask to create a small TCG-page-editing page. If I can get that through, we can take discussions like this on those pages. Thanks again for the assistance and have a happy newyear! --Patrigan - Talk - SH (EU) 19:04, 1 January 2007 (EST)

According to an official UDE post at http://entertainment.upperdeck.com/WOW/COMMUNITY/forums/thread/271796.aspx there is at least a Naxxramas raid set and Magtheridon raid set planned (bullet point 10). Is this too early to include them, as there doesn't appear to be anymore details. Oahkoah 23:12, 4 January 2007 (EST)

Interesting note, I actually missed that. Will be important to add to a page. Yes we should create the pages already, however, it is possible that soon we will rename the set pages to: Set:Heroes_of_Azeroth (starting with Set:), we are probably going to insert these namespaces, aswell as the Card: Namespaces. --Patrigan - Talk - SH (EU) 08:02, 5 January 2007 (EST)

Thanks for your support regarding this. I've enjoyed writing my thoughts on pallies as it turns out[[1]], (so much time to transfer simple ideas into print :p) and I'll get to AV sometime. Just wanted to know what it takes to set up a portal. Should I start a vote? Thanks. --Talgar 03:36, 19 April 2007 (EDT)

Hehe, no problem. First note, may I advise to change the page to "Paladin Suggestions", It should be as clear as possible that they are suggestions and not facts :) I'll hear in with the admins and such what it actually takes for a suggestion like a suggestion portal to be set up. Just give me a short while to check up with them (they are sometimes unreachable for me :p) ==Patrigan-Talk/Contr-SH (EU) 13:32, 19 April 2007 (EDT)

There comes a point when you need to make a judgement call on whether to make folks scan past your sig, or to use the template. You failed that judgement call. YOU LOSE!

well I redone the edits atm, The plan was to create an additional page called User:Patrigan/sigX the only content on that page would be {{User:Patrigan/sig}} and then I would subst that one. So the raw text would only have the template link. (like they explained on WoWWiki:Signature)) I suppose the problem lies within my Personal Title, but the lack of World Dominator as title would be lifethreatening :( I will look into it again soon. // Patrigan | Talk/ Contr \\ 05:35, 22 April 2007 (EDT)

Hehe, awww, I would hate for you to lose your title... NOT!

Don't worry, I WILL solve this, even if it means hacking the server with some kind of unresistable exploit that makes me undeniably powerful over all that is living and dead! And if all that fails, I might just have to lose the title :'( // Patrigan | Talk/ Contr \\ 11:59, 23 April 2007 (EDT)

Retrieved from "https://wowwiki.fandom.com/wiki/User_talk:Patrigan?oldid=1104149"
Community content is available under CC-BY-SA unless otherwise noted.