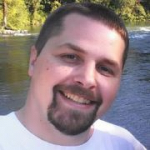 Past discussions archived to...

I am sorry for my inappropriate comments on the IRC chat, various talk pages, and numerous edit summaries. I have it out of my system and realize that your removal of my work is only in the interest of bettering WoWWiki. My argument ends there. This will not turn into a war, and I will not be arguing for the remaking of the category. In a related note, I still feel the fan fiction and rumors category should stay, but will yield to whatever is in your best judgment. Really.--User:Sandwichman2448/Sig 22:51, 11 July 2007 (UTC)

Retrieved from "https://wowwiki.fandom.com/wiki/User_talk:Gryphon?oldid=750217"
Community content is available under CC-BY-SA unless otherwise noted.