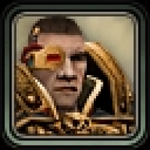 it really wasen't that many, and I felt like King Varian's profile could use some updating with some fanart.

What should I do to getting this Fanart to STAY on there?

Did I Somehow Violate some kind of Rule? im not sure how since if you mouse over the pictures for a second or 2 then the picture title and the name of the person who made it will show up. —The preceding unsigned comment was added by GovernorDerek (talk • contr).

You put close to a dozen up on there, some of which...Varian as a samurai?

As far as I know, fan art isn't exactly against the rules, but it is frowned upon, unless it's official (i.e. posted on the Blizzard website or by the Sons of the Storm - Metzen, Samwise, so on). And by the way - if I had to guess from the file names, I'd say you got these on deviantART. Most dA artists frown on people taking their work and posting it somewhere else, especially without their permission - credited or not. --Joshmaul (talk) 13:17, April 8, 2010 (UTC)

Retrieved from "https://wowwiki.fandom.com/wiki/User_talk:GovernorDerek?oldid=2231651"
Community content is available under CC-BY-SA unless otherwise noted.