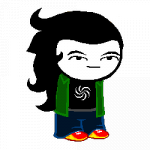 No one has ever told me why, but I suspect we're "supposed to use" {{loot}} on big pages like the patch ones because it loads faster than {{item}}. You can ask Gourra or some other crazy contributor if you really want to know.

Gift of the Naaru coefficients

I don't have a Draenei, so can't test.

Also, "does cannot receive bonus" is a bit awkward.

I made the move because I couldn't find any naming conventions in the manual of style and wasn't aware of the naming policy. -- Gordon Ecker (talk) 03:20, October 23, 2009 (UTC)

To the "Editors who don't know why they're using the speedy deletion tag probably shouldn't be using it" part,... it was me adding the speedy-tag, I guess he (Coobra) thought I knew what I was going. Well, apparently not; Long story short. TherasTaneel (talk) 04:02, November 4, 2009 (UTC)

Your opinion is desired

Retrieved from "https://wowwiki.fandom.com/wiki/User_talk:Gordon_Ecker?oldid=2405131"
Community content is available under CC-BY-SA unless otherwise noted.