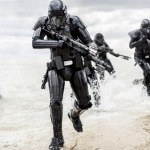 Feel free to create a new topic on the WoWWiki forums if you need help with anything! --

Don't get too crazy

...and don't burn out. Thanks for the contributions. --

You didn't do anything specifically wrong that I've seen yet, but you may see me changing stuff after you edit (rewrites and stuff). Thanks for the appreciation. --

I have no idea how to help with that. The logo might change back eventually, or maybe if you remove the race logo, and then add it back again it will show up instead? I have no clue how those pictures are determined, but if it changed after you added a picture, perhaps it chooses the most recently added picture to the page or something... Also, I don't know if that's really a big deal that it changed, unless your intention was to have the race logo appear there. The logo is in the infobox, so it should still show up in the little box that pops up when the page is referenced right, instead of your other picture. I think the only place that one picture will show up is when it appears on the Read More section at the bottom of a page. This is really a question for someone like Fandyllic (talk • contr), though, who actually knows how it all works. Good luck! -RBoy (talk) 21:39, April 21, 2017 (UTC)

The "Read more" images will eventually fix themselves. Don't worry about it. We can't really fix it manually anyway as those images are automatically generated. --

Hey, I noticed you just took a stub off one of the pages I created a few minutes ago. I was wondering why, as I'm not exactly sure what makes a page have adequate information to remove the stub, so since I always feel that the battle pet pages I create at first don't have as much information as they probably should, I've been putting a stub on top of each one. If they shouldn't actually be labelled as stubs, that would be helpful to know, so I can leave them out of pages that shouldn't have them. -RBoy (talk) 18:12, April 23, 2017 (UTC)

I wasn't sure if it was on purpose that it was marked a stub, and I'm rather certain that there isn't much more information to be included on the page. Some articles will have to be stubs, I think. Not every character can be Thrall. You're free, of course, to restore the banner if you find it necessary. I have no intention of debating you on the matter, as I'm sure that your wisdom on it exceeds my own. This is how the world ends-- not with a bang, but with an edit. (talk) 19:08, April 23, 2017 (UTC)

FYI, please don't manually add Category:Mob stubs, put {{Stub/Mob}} at the top of the page instead. --

Also, a "stub" doesn't mean a mostly empty or unfinished page. It can also mean a major section is missing, like a vendor that doesn't list what they sell.
You can also use {{sectionstub}} for empty or incomplete sections. --

Please avoid, to the best of your ability, to link or take directly from wowpedia. Unless it's one of those massive pages or an event that has long since passed (and therefore can't be researched personally) there's little reason to do so. It's pretty easy to generate our own summaries, especially in terms of zones and whatnot

Also, in many cases you can copy the page from Wowpedia (in source mode) and use the {{Wowpedia credit}} template at the bottom of the page (before "External links"). --

Please do not remove {{fact}} tags unless you put a citation in to replace it. --

See this change for an example of the kind of things we'd like to see.

For one, you should use {{Npcbox}} and not {{Charbox}} (this is for player characters). Also, you don't have to manually put links to DBs if you know the id. See WoWWiki:Templates#DB_mob_and_NPC_external_links for usage info. --

Grand Army of the Light

Hi, I just want to ask a question. Do you know much about the Grand Army of the Light. Point is, I don't think Turalyon and Alleria Windrunner were the ones who built it. Was it the Naaru?--Spenpiano (talk) 19:35, May 1, 2017 (UTC)

Reverted most of your Varian Wrynn changes

You added too much unnecessary garbage and undid the spoiler collapsing thing (which should probably stay until later in the expansion). --

Please name the images you upload

We don't like generic names like "WoW Scrnshot...". So please give a descriptive name to images you upload. I will rename them as I get to it, but if there are generic named images that aren't used, they may get deleted. --

Retrieved from "https://wowwiki.fandom.com/wiki/User_talk:ExplodingChickens?oldid=2827942"
Community content is available under CC-BY-SA unless otherwise noted.