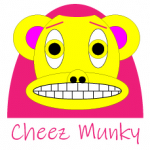 I just want to say I have nothing against you personally, and that I was using you and Kirkburn as an example of admins who weren't active over the weekend, and nothing more. Your edit was much more eloquent than mine (I suck at eloquence, I'm just extremely blunt, sorta learned that from TW). Resa1983 (talk) 23:33, November 1, 2010 (UTC)

Dear Deadlykris, I am entirely thankful for you preserving my page as long as you have, however, I would like to submit some edits to the page, and I need you to unlock the page, at least temporarily, so I might post my edits and updates on the page. Again, thank you for locking the page as long as you did, I really appreciate it. User:Premier Solivoda (User talk:Premier Solivoda) 1:32, March 12, 2011 (EST)

Hey there. Just wanted to give you a headsup that you should unblock User:Ceroth. Per WW:PC, users are allowed to create fanfic for their chars, it just needs to be moved to their user namespace if created in the main namespace.. The user also needs to have it explained to them what they've done wrong, and where/why the page was moved. Resa1983 (talk) 13:15, November 2, 2010 (UTC)

I'm a tad concerned about the (very) recent deletion of the AddonLoader page. The deletion log is as follows:

First off, wouldn't it have been reasonable to post something on the talk page indicating that there was an issue with the page or the content? Also, the reason is just plain false, given that I am the author and you aren't. Could you please explain why this page was deleted without any discussion and why the reason given is vague and incorrect? I would appreciate some clarification. Cladhaire -Talk · Contrib 15:49, November 8, 2010 (UTC)

I have a few questions, if you don't mind...

You seem to be the only significantly active admin left on WoWWiki. Do you think of yourself as more of a caretaker or do you hope to return WoWWiki to its former glory? If the latter, what are your initial plans to do that?

Are you really this DeadlyKris? If so, is what is said in the aforementioned page accurate or does it need to be updated (aka are back to playing WoW)?

Although I may have seemed antagonistic, my displeasure is not directed at WoWWiki, you, or any of the other admins, but more at Wikia. That's why I stil hang around and try to help out a little here at WoWWiki, because I do sympathize with the situation. You may or may not know, my relationship with the former WoWWiki, now Wowpedia, admins has not always been sunshine and rainbows (and still isn't), but I did agree with their decision to move off of Wikia and continue to support that decision.

Anyway, I don't plan to make any major contributions to WoWWiki, but if you need or want any advice or general encouragement, feel free to leave a message on my Community talk page. --

Kirkburn replied to a message I left him on Community. He said Wikia has some kind of plan for WoWWiki, but his vagueness left me with mostly doubt. I will continue to bug him. --

Not sure why Wowpedia was locked, but you might want to add that content deleted from WoWWiki before the fork can be undeleted at WoWWiki, but was not imported to Wowpedia, so doesn't exist there and can't be recovered unless it is undeleted at WoWWiki and then copied. There were some useful pages deleted due to politics that could be considered for undeletion. Admins should be able to see whether a page was deleted, if it is still a red link. Just an FYI. --

Thanks for doing the update. --

It was deleted because there was nothing in it. Any page which was short enough that was a stub, was deleted, and redirected to Blizzard forum posters instead of wasting space with a tiny blurb about nothing about the GM. Someone reverted the redirects, and added nothing pages to the category. Its really still not needed. *shrug* Resa1983 (talk) 18:11, December 3, 2010 (UTC)

I am unaware of any policy that prohibits Blizzard reps from posting ways to contact them outside of the game or forums, so am confused as to why Umaril's edit was taken out. The address given was Umaril's, which he has apparently given out freely on the Russian Warcraft forums. Raylan13 (talk) 20:22, December 3, 2010 (UTC)

Could you add Justice Point and Valor Point support to {{Cost}} template?

Either that or unprotect {{Cost}}, so I can add support for Justice Point and Valor Point. --

Done updating. You can re-protect for admin-only, if you want. --

As Blizzard has removed their fan site page, the link we provide on our main page is no longer valid. Seeing as their entire new website links to Wowpedia, and blue posts acknowledge wowpedia as a fan site, we can assume wowwiki is no longer one. I do not see any confirmation that we lost that status, but since they no longer have a page that lists all their official fan sites (at least that I can locate) we need to remove it anyway as we don't have a valid reference for it. The info can be found here.

Thanks for pointing me to your talk page. I wasn't sure where to put the re-names, or if in fact, the names I was seeing were just locale specific labels for the quest.

I've just been playing through the Deepholm area, and a number of quests have had their names changed.

I didn't want to just change the name of the quest on the page because I didn't know how to update all the links that point to it.

Can you point me in the right direction for these kinds of updates?

There was a reason why..

While appericate you moveing the guild page for resurrection to reflect the move to a new server I wanted a page for the old server as there are some people that may come back and play and not know what happened.

I removed your sysop user rights by your request. I added you to rollback and Patrollers, in case you happen to be around and see something. --

Thanks for filling in, by the way. --

Retrieved from "https://wowwiki.fandom.com/wiki/User_talk:Deadlykris?oldid=2485176"
Community content is available under CC-BY-SA unless otherwise noted.