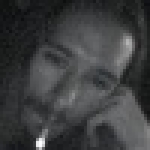 The Rebellion is a PvE/PVP-RP faction.

Must want to keep the peace between the factions.

Must use common sense.

Example of all three... If a World PVP event occurs, even if it's not by a "RP" guild, it occurs in the World of Warcraft our characters exist in, and thus, IT OCCURS.

Hey Dashade, remember me? Shriker? I was a level 21 druid that logged on one day and ran into you in Lakshire, we started RPing and ended up becoming friend :D How you been?

Now that Varian's back and has his mega-huge hard-on for killing the Horde once again... Well, the Rebellion is now not only considered a group based on TREASON, most RPers (at least that aren't in the Rebellion) don't take kindly to members of the Rebellion anymore.

Retrieved from "https://wowwiki.fandom.com/wiki/User_talk:Dashade?oldid=2164358"
Community content is available under CC-BY-SA unless otherwise noted.