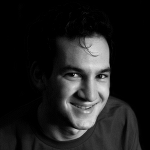 Templates you added are useful

But make sure you aren't duplicating existing templates, if possible and try to document them as best as you can. I think {{XPtoCoin}} might be a good candidate to convert to a Lua template. Send a message to Celess22, who can probably help. --

I love the work you're doing!

That's where the site and others like wowhead differ. Technically they're all "rewards" and "gains" from a purely technical point of view - after all, players don't receive either until quest completion, regardless of whether they can see them from the start. The goal here is to just list everything in one single spot; plus, if we changed things now, that's thousand of pages we'd have to tweak. Raylan13 (talk) 21:37, August 21, 2014 (UTC)

Should be "Rewards" (ex: Quest:Gardener Fran and the Watering Can). Many of the older quests haven't been touched, however, so they'd need to be updated to reflect the format. If it's a quest that's been removed, there's not a pressing need to change anything on the page unless you're wanting to. Raylan13 (talk) 00:04, August 22, 2014 (UTC)

Well, all of the obsolete quests are still referenced on the zone's quest page, so rather than just change the zone page I'm going through and marking everything as obsolete. Also, there are *numerous* quests added in Cata that are not on here yet, many of them sharing a name with their Vanilla counterparts, so a lot of renaming and relinking and rewriting and reformatting and redoing stuff is in order ^_^ AlexSUCF (talk) 00:11, August 22, 2014 (UTC)

When you think the templates you're making are documented well enough, consider adding them to WoWWiki:Templates. Try to put them in the appropriate section/subsection, of course. --

Your fancy quest boxes are really cool, but I think we should reserve them for quests in the new expansion. Going back and re-doing all the old quests would be a huge task and make the non-converted ones look kind of lame.

The Paper Doll is good too, but yes, probably won't be usable for much beyond player character pages and description of the UI.

The Alyssa Eva page looks kind of messed up for me, but I see promise. Right now you should proabably revert it to something simpler until it works better.

All the work you're doing is impressive. My only advice is to try to make sure template usage is clear and and as simple as possible. Super complicated templates can be very discouraging for new user. --

I really like the quest boxes. My only concern with them right now is how the page layout is - there's a lot of empty space. We might need to consider a new layout or tweak the templates so they take up the available space; that last part is probably not doable if you're strictly using the WoW assets found in the files - but again, I think it should definitely be considered. That might mean coming up with an entirely new concept for the quest box (grimaces).

I agree that they should be for the new quests coming out for now. If any of us have the time after we decide what's to be done, then we can address the older pages.

Thumbs up for the paper doll. I'm assuming at some point you're thinking of using the Blizzard API for importing characters?

I love the vendor boxes. I'd relegate them to current items only, however; the historical stuff can be found in the history of the page if people are really interested. As for family tree-type stuff, we usually only do something like that for those larger families - and then make it its own page.

Some things I thought of:

Overall I like the quick mock-up of the quest box - if it can be made to look more like the quest log panels, I think that would fit nicely with the flow of the page.

The content width is 700px, iirc, but that's almost a moot point. Because we cater to a variety of widths with our fluid layout any fixed width should be avoided. A percentage width would be best, that way it could fit into whatever resolution our users are at.

I'd suggest actually making the quest chain appear below the quest log panels; some of those can be long, and if a person expands that box, we're left with a large gap again of empty space. Adding another jump to link would be simple enough (and a jump to link for other sections, like patch changes, links, media, dialogue, etc.).

Take a look at this page and you'll see one of the more complex quest pages we'd have to consider - especially the rewards section. Blizzard, with their quests since Pandaria, has relegated what quest rewards appear according to the class/spec a character is when they turn it in. You can see our current way of addressing that. We could have those boxes in addition to the quest log panels.

As far as the boxes next to the quest log panels, it's a good idea. It might be helpful to split that into three sections for each: the model, an in-game screenshot, and notes. So model/ss side by side and notes underneath. Again, that can fill the available width of the content space with % width, like the top quest box. Raylan13 (talk) 18:00, September 5, 2014 (UTC)

Nice to see you are documenting your many, many templates, but could you try to make it more consistent? The usual standard for documenting templates is to put them in a subpage /doc and use the {{Documentation}} template (this creates a link to the doc subpage int he upper right) on the template itself at the top. Right now you are using /Doc and /Docs mostly that I can tell and transcluding them directly. --

I'm pretty sure {{MaxXPCoin}} hasn't worked right for a while, so if you have any motivation to look at it, we would appreciate it. --

The numbers I put are just estimates based on in-game values at the time. I'm at work and don't have game stuff available, unfortunately.
I don't really have any idea how that template worked, so feel free to experiment or completely re-write it. I'll add you Bnet tag to my friends list when I get a chance. --

I think this template has been broken for at least a couple expansions. I didn't notice the problems until late in Warlords, but who knows how long it wasn't working. --

It looks like all I had to do was remove the usage of {{MaxXPCoin}} from the quest template. --

Time in my sig

Here's what I put in my Preferences for Custom Signature:

I put stuff to do in Special:Community. If you think of any big are that I could add, just leave me a message. --

Retrieved from "https://wowwiki.fandom.com/wiki/User_talk:Cheesecaker?oldid=2834715"
Community content is available under CC-BY-SA unless otherwise noted.