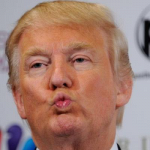 Thanks for adding NPC screenshots

If you have any questions, don't hesitate to ask. Also, a nice user page would help us get to know you. --

Please add stub tags to the tops of new pages you create. See WoWWiki:Stub policy. Thanks for adding new stuff to WoWWiki! --

Hi Cecijo, um, just to let u know. I was planning to delete the "Tushui Isle" page. I just replaced it with "Tushui District" instead. Feel free to start on that page if u wish. The Tushui District, formerly known as the Park, which was destroyed during the cataclysm, is a new area where the Tushui Pandaren live. See if you can add any background or description.--Spenpiano (talk) 15:59, July 9, 2014 (UTC)

What is the point of File:Starships.png? Unless you have a good reason for it being on your user page, I'm going to keep deleting it. --

Template use with race icon

Your icons already work with the template...

Would you be interested in becoming a Patroller? You seem to touch a wide assortment of pages, and if you run across any vandalism, the expanded powers could help

Giving you "Patroller" rights also implies that we trust your edits will be good so they will show up in Special:Recentchanges as automatically "patrolled" (no red exclamation point). --

If you want something deleted without discussion, you can use {{speedydelete}} instead of {{delete}}. --

Please use the patch templates. --

Why did you add these videos?

If you don't explain why they are related to Warcraft, they will be deleted. --

You would use {{Speculation}} at the top of an article that is all speculation and {{Speculation-section}} for a section that contains speculation. Please don't mix (in a paragraph) speculation with actual data or lore, if you can help it. --

I notice you have changed Tirion Fordring's status a couple of times to reflect the events in World of Warcraft: Legion and we have had to undo those changes each time. Keep in mind that character infoboxes should only reflect information on the current live servers (the current Warlords of Draenor patch). The infoboxes can be changed once Legion is released later this year, but not before (see WoWWiki's unreleased content policy).
-Sitb (talk) 14:14, January 25, 2016 (UTC)

You can put information about Legion changes in the Notes section. --

Unless you plan to be super thorough, please put {{Stub/NPC}} (or {{Stub/NPC|subdomain=legion}}or {{Stub/Legion}}) at the top of new NPC pages. --

Sadly the character of Remir McCree that you asked about earlier was put under a 'fan fiction' section, as he is actually a personal creation of mine. I thought that because the gnome lore is so untouched that minor characters such as him were allowed to be "fan-made". Due to this he technically isn't an official lore character :( Scraulle (talk) 03:43, February 5, 2016 (UTC)

I notice you've been copying over a lot of content from Wowpedia lately. While this is allowed under licensing agreements, it is preferred that we have original and unique content, distinguishable from WoWpedia articles on this Wiki. However, if you feel you must copy content from WoWpedia (and hopefully not entirely word-for-word), then please use the {{Wowpedia credit}} template (see this forum post). Also, be aware that some admins may choose to revert edits which appear to be copied verbatim from other online sources, based on the situation.
-Sitb (talk) 19:35, February 8, 2016 (UTC)

If you keep doing this, you may get blocked for a short period of time. All you have to do to prevent being blocked is add the following into an article copied from Wowpedia:
== Sources ==
* {{Wowpedia credit}}
You will not be warned before you are blocked.
--

This is also true of images. It looks like you copied File:IconSmall_ApexisGolem.gif from Wowpedia. Did you? If so please add the wikicode above to the description page. --

The next time you post an off-topic video, I'm blocking you for a week. There are plenty of other wikis where you can post these videos. Don't do it here. The blocks will get progressively longer, so think carefully. --

The problem was an unclosed <gallery> tag that was preventing any code after it from being seen. I fixed it. --

You can slow down, if you want

We don't want you to burn out. But thanks for adding so much content.

and World of Warcraft: Illidan, but make sure to put ([[NYR]]) after each in the legend. --

If possible, could you hold off on any sizable updates to the Major characters page for the next day or so. I am about to update the article's format and any content added before I do that, will delay me from updating the page. I keep having to duplicate the same content on the test page each time the current article is updated.
-Sitb (talk) 18:00, March 12, 2016 (UTC)

My overhaul/reformatting of the Major characters article is complete, so it is now safe to continue adding content as you see fit. Just keep in mind that there's slightly different formats for source references now (example: 0700

or RotH). You should be able to figure it out by viewing the new code.

Re: your message to me:

Glad you like the new layout! I took a look at your recent additions. Good catch on those corrections, just be careful you don't accidentally remove some things when you add new ones. I have fixed them now, but it looks like you accidentally removed Kazzak's vanilla wow appearance and added some erroneous code under Meryl Felstorm's entry. Nothing too serious or anything, just keep an eye out and review your edits if need be. :)

I noticed you combined the Human and Worgen sections and moved around some of the Scourge characters within the Major characters article. While I understand you're probably doing it to eliminate confusion and get rid of duplicate entries across separate sections, I think in doing so, it may actually cause more confusion. For example: Kel'Thuzad is one of the most important members among the scourge, but now if someone navigates to the scourge section specifically, they will find absolutely no mention of him. If the goal of the article is to present a complete list of major characters broken down by faction/race, then we are impeding this goal by not ensuring each section lists ALL members, whether they were previously a different race or not. Because of this, I actually think it makes more sense to have duplicate entries if a character has been a member two different races/factions, like we always have done.

This doesn't necessarily mean we can restructure the article in some similar way, but for such a major re-format such as this, you should really open up a discussion on the article's talk page before going ahead with major re-structuring. For now, I have reverted your recent structure-related changes to the article.

User:Cecijo/Nazgrim looks good. Can you add the various external links in a table at the bottom? --

Hi Cecijo, sorry I haven't been messaging you for a while. But I was hoping that maybe u and any user in this wikia would love to assist me in my ideas that I have been working on. Consider this, that my mind is exploring with ideas.--Spenpiano (talk) 18:00, May 19, 2016 (UTC)

Without proof, I can't approve the merge. FYI, I created an {{altchar}} template for more easily linking to alternate timeline chars like {{altchar|icon=|Archimonde}} → 0600

Hi Cecijo
FYI: I removed the deletion tag from the Nazgrim (disambiguation) page. This page is necessary because there are multiple versions of Nazgrim throughout WoW (including an additional appearance in the upcoming

expansion). These pages are necessary in situations where we have several instances of a character appearing in game, as it gives users an easy way to figure out exactly which version of the character they are looking for. I anticipate a new legion-related article popping up in the next few months which will detail Nazgrim's appearance in Legion, but I'm not entirely sure of his role yet myself, other than the fact that he may be included as part of a boss encounter.
-Sitb (talk) 11:38, August 8, 2016 (UTC)

I was actually going to ask you again this week, seeing as how you're really running through the changes and updates ;) They're called "content moderators" now, as per Wikia, but the abilities are identical. Consider yourself promoted! Raylan13 (talk) 17:32, August 8, 2016 (UTC)

Please be careful when deleting articles. I was just nearing completion on populating the new, blank Principles of War article someone recently added, with a bunch of info. Unfortunately, you deleted the article entirely, so I lost all the work I did when publishing it. I now need to start all over again, as the edits did not save. In the future, please do a quick search on Google before deleting something which you think is spam. That ability is actually a new PvP related buff, from the Legion Alpha.
-Sitb (talk) 13:01, August 9, 2016 (UTC)


I notice you've been using Template:This at the top of several faction articles today in order to differentiate between prime and alternate timelines. However, the "alternate" articles you are linking to do not exist. It somewhat defeats the purpose of pointing a user to a different article if they are taken to a blank page.

I'm wondering if you plan to personally create all of those articles for the "alternate" factions. If you are not, then you should know those may end up being red links for several months/years before anyone creates the page (those topics are about to become old expansion content, and may not be high-priority on anyone's mind for new articles to create). In the meantime, users will consistently be directed to pages which do not exist. In frustration, they may in turn seek out information on one of our competitors' wikis instead.

If you move a page to a user subpage, please try to leave the user a message that you moved the page. Thanks. --

your picture File:Anotherelvenfamilytree.jpg "Another Elven Family Tree" has some mistakes in it. Nightborne were not an 'ancient relative' of the nightelves, they evolved from the Night Elves by the powers of the Nightwell and isolation from sun and moon over 10.000 years. They started out as normal Night Elves who lived in Suramar City. They should be an offspring of the Nightelves just like the High Elves.

You could also include the Nightfallen and Withered with the note "Mutated by lack of Ancient Mana".

It's all explained in this short cinematic: https://www.youtube.com/watch?v=x_NzxWGrVaY

Retrieved from "https://wowwiki.fandom.com/wiki/User_talk:Cecijo?oldid=2811857"
Community content is available under CC-BY-SA unless otherwise noted.