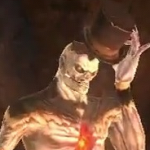 Secondly, "The Taunka" and "Taunka" would appear in this case to be synonymous, so in fact, the two pages should probably be merged. In the event that they are not synonymous (I do not know if they are or not), than the naming scheme they employ is an exemption to the rule, as the two need to be disambiguated somehow, and keeping them at their official names is easier than naming one of them "Taunka (faction)". --Sky (t · c · w) 19:21, 6 September 2008 (UTC)

Negative. See The Scale of the Sands, The Defilers, and other such articles. WW:NAME says that we get rid of the "The" in names unless a disambiguation is needed or the page is about an item (I think there are a couple other exceptions, but those are the main ones). In this case, if we both agree that they should not be merged, than Frostborn is the correct location of the page. --Sky (t · c · w) 01:30, 7 September 2008 (UTC)

I hope I didn't come off like a butthead. You didn't do anything wrong. Coobra shouldn't have made the change to WoWWiki:Nopics. That was essentially changing policy without any input. --

I only placed that there because I was told those images shouldn't be used on in-game NPCs cause screenshots can be easily added... by an admin I might add. I don't remember where the conversation took place or who with, but apparently it was on July 22. User:Coobra/Sig3 08:25, 7 September 2008 (UTC)

I took as reference the talk page of Muradin Bronzebeard where important editors and Ragestorm too took part stating that he is a mountain dwarf and perhaps Muradin Bronzebeard in person. However if you have other sources... --N'Nanz (talk) 09:43, 14 September 2008 (UTC)

I was too lazy to word it differently in Muradin's page. Feel free to change it if you want to, I just wanted to make sure people know these things. Toran Wildpaw of the Frenzyheart (talk) 20:01, 15 September 2008 (UTC)

Images in signatures that takes up more than the line height is still frowned upon, as it uses too much space. Maximum is 20 pixels height. I suggest using a different image or not an image at all, and instead using text. User:Gourra/Sig2 04:00, 28 September 2008 (UTC)

Mag'har do not belong on the race templates.

From what I've seen, races that have different "species" need at least two or more unique characteristics that separates them from the main race to make it on the races template.

Race names by Blizzard has always been with both words starting with a capital letter, see for example Night elf and Blood elf. Ulduar Earthen is no different, and it should be Ulduar earthen according to WW:NAME. User:Gourra/Sig2 11:51, 14 December 2008 (UTC)

I aplogise if I insulted you in any part of my text. I was getting rather frustrated. However, re-reading the Discs of Norgannon has convinced me that you were correct. I'm going to take some time to rethink the material. Remember, however, that when writting things in the article you have to point to their source. That means that you should point to Lore Keeper of Norgannon or the the related quest that contains this text as one of your sources. Otherwise people like me will be automatically skeptical (as they should).

Your version of Image:IconSmall_FrostDwarf_Male.gif‎ is going to be replaced unless you make a better one. Despite any inaccuracies you may think are in Varghedin's version, it looks like a dwarf, whereas yours does not. Please upload your version under a different name. --

Please upload your new image (this is it, right:

) under a different name. It is better, but the dwarf's head still seems vertically squashed. What's that stuff going on in the lower part of the image? --

I think the darkness was more an issue than the blueness. --

You can reapply a second time, but it's unlikely you'll pass the second time unless you've changed the negative behaviors that are noticed in the first request for adminship. --Sky (t · c · w) 17:24, 28 December 2008 (UTC)

Retrieved from "https://wowwiki.fandom.com/wiki/User_talk:Berenal_Grayblade?oldid=2659853"
Community content is available under CC-BY-SA unless otherwise noted.