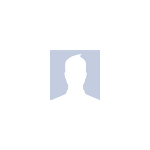 I notice you have a number of small edits on Template:Hunter pets. If you're editing a lot of things on one page and want to see how it looks, you may wish to use the "Show preview" button before saving the page to see that. Thanks! --PcjGamepedia wiki manager (TDrop me a line!• C58,964 contributions and counting) 14:02, December 22, 2009 (UTC)

Sighing wrecking what i wasted a few hours is painstakingly since i believe it helps significantly to everybody looking at it, and i don't see clutter anywhere in fact it removes the sense of clutter because it divides races more cleanly but i'll see what i can do--Ashbear160 (talk) 21:27, April 17, 2010 (UTC)

Personnal advice: for such changes, work it aside on your name space, then show and talk it in the template talk page.

I still plan to do a example for the template:races so i can prove it doesn't look cluttered and actually looks less cluttered because it removes focus on words dividing it with images--Ashbear160 (talk) 21:34, April 17, 2010 (UTC)

What do you think

Put the two they are already uploaded, put one has alternate ,i think since we already have alternate for ogres and blood elfs--Ashbear160 (talk) 22:58, June 6, 2010 (UTC)

Hmm... I'd rather there not be an alternative image to this, when only 2 cannons actively use the model. But if you have a preference I'd love to know it, cause one of them will be deleted. User:Coobra/Sig4 00:17, June 7, 2010 (UTC)

The first looks cooler but the second reveals more but it misses a the front part, so it's kinda of a moot point, but i guess the first since it looks cooler and i'am able to associate it with a cannon faster

Ergh no the shadow light was a accident while copying something, i thought i removed it, pygmies where shown in the cataclysm presentation at blizcon with the model of sand gnomes, monkeys, jungle plants, ettins are too mentioned in earlier previews, and barramunda is concept art but many things that are a concept art are also there, you're not missing any anything, what you're doing is dismissing earlier previews, and now i'm not doing any of that race listing template thing i was trying to fill the red links on the cataclysm page, because red links in articles look bad, especially main articles.--Ashbear160 (talk) 00:06, June 20, 2010 (UTC)

If the pages are based on earlier legitimate previews, why not use those previews as citation in the stead of Wowhead?--User:Sandwichman2448/Sig 00:20, June 20, 2010 (UTC)

Please do not create sloppy pages just to get rid of a red link. Also, please find the sources you mentioned for the pages you created, and add them to the pages.--User:Sandwichman2448/Sig 01:21, June 20, 2010 (UTC)

Titanic watchers and such

Auraya exists within Ulduar, and is therefore part of an "Ulduar group," but I am trying to classify the group of six "watchers/keepers" around Ulduar that each have their own temple separately from the others. Auraya seems weaker and less important. I am not sure what her not having her own icon on WoWWiki has to do with anything. As for organization, I want to avoid assumptions, but I also want to classify the "titanic watchers" based on their differences. "Watcher" and "keeper" are used as the label for several titanic things, and I am going to dig through some sources for some context. Some of the things listed on the page just might share models, but may have never been called a "watcher" or "keeper". What purpose does organizing them by location serve?--User:Sandwichman2448/Sig 21:00, September 29, 2010 (UTC)

I think it would be better because then we don't so many without any type of description and some with a description that might apply to others and classifying by location seems to be the most correct at least until we get more on uldum dungeon, and I've checked each entry in there they are either responsible for something I'm pretty sure Ironaya and archaedas are from uldaman and are clearly titan constructs watching something, Myzrael was a corrupted by the old gods, Cretus job seemed to check on the watchers so technically he was watching the watchers, Nablya is a new titan, so she might no be considered a titanic watcher, maiden of grief and Jotun are unknown, but the location might hint that they are watching something, there also Algalon which is a titan construct trough a elemental one and has the job of observing practicably the same as watching, and Auraya is the Ulduar archivist, yes she looks less important but her "temple" was probably the archives inside Ulduar--Ashbear160 (talk) 22:37, September 29, 2010 (UTC)

Well then I will just have to try and add descriptions (with citation). Just because they watch something does not necessarily mean that they are "watchers," but it might... I am not sure. They have to be called watchers (or keepers, which seems to mean the same thing, or at least greatly overlap). The Uldum ones are called "constructs," so they are not likely titans, which the Ulduar ones still may be. Saying that Auraya's "temple" was probably the archives inside Ulduar is, in my opinion, much more unlikely then saying that the other six watchers are different than her. Why do you think this?--User:Sandwichman2448/Sig 23:01, September 29, 2010 (UTC)

I don't think they should be subcategorized at all... no other creature page does it... if anything they could have a "found in <location" statement after their name. User:Coobra/Sig4 23:03, September 29, 2010 (UTC)

I don't even know anymore... they were said to be titans, but then changed because Metzan said we have yet to meet a titan? Personally, I think he meant one of the top titans, when he made that comment. User:Coobra/Sig4 23:45, September 29, 2010 (UTC)

Some of them are minor titans others are just titan constructs responsible for overseeing parts of azeroth, some are for guarding stuff, this is in the main description of the article--Ashbear160 (talk) 11:47, September 30, 2010 (UTC)

You are citing the article, with the article? I feel it is more important to properly define "watcher" and "keeper" than to heed the attempted definition as the criteria for the page.--User:Sandwichman2448/Sig 17:49, September 30, 2010 (UTC)

To answer the Auraya question because she was the archivist, it would be probable that she should be in the "The Archivium", however she is crazy and have wondered off--Ashbear160 (talk) 11:51, September 30, 2010 (UTC)

I also have a picture of the new quest npcs in uldaman calling ironaya or archaedas a titanic watcher,i'll check and post it later--Ashbear160 (talk) 11:57, September 30, 2010 (UTC)

I think the phrase "titanic watcher" was created by WoWWiki to differentiate between Maiev's Watchers, the bronze dragonflight's Watchers. It could be moved to "Watcher (titanic/titan)" if need be...--User:Sandwichman2448/Sig 17:49, September 30, 2010 (UTC)

Yes but the new Image shows a quest npc in Uldaman using Titanic watcher to reference one or two, the guy that posted the image has a annoying bandwith maximum reached and doesn't let you check older images, but i'll get it--Ashbear160 (talk) 23:26, September 30, 2010 (UTC)

So it might have been an official term before after all. Anyway, all that means is that Archaedas and/or Ironaya can stay on the page.--User:Sandwichman2448/Sig 23:36, September 30, 2010 (UTC)

It's photobucket so i don't know how to make it bigger, there's also another quest that treats archaedas and Ironaya (calling them powerfull constructs left by the creator) as the same so i guess both can be counted as titanic watcher--Ashbear160 (talk) 15:48, October 1, 2010 (UTC)

oh this post automaticly the pictures, know a new something everyday

Your opinion is desired

Hey, just wanted to solicit your opinion on whether WoWWiki should leave Wikia. Thanks. --PcjGamepedia wiki manager (TDrop me a line!• C58,964 contributions and counting) 22:38, October 5, 2010 (UTC)

OK, just realize the web address may be changing - or rather people may be going to another site rather than keep this one up to date. Just wanted to give you a heads-up. --PcjGamepedia wiki manager (TDrop me a line!•

They're forcing changes on us that are unreasonable, you can see a list of them on the forum page above. Mainly, they're going to be adding more ads and reducing the content page further, in addition to a bunch of other things. You'll be able to turn on the new look for yourself tomorrow (and it becomes mandatory on Wikia in a month), if you need help figuring how to do it so you can see for yourself let me know then. --PcjGamepedia wiki manager (TDrop me a line!•

I saw some pictures I agree that some changes are unreasonable, but i'm not a hypocrite as my support for unification of things is very strong, so i do not think dividing would be good, also in my opinion of unification is that you can change some things and influence on the inside rather than dividing itself out, but it's not like my opinion will change much anyway--Ashbear160 (talk) 22:59, October 5, 2010 (UTC)

Oh, definitely, not splitting would be best to retain as many people as possible (and we're trying to make sure as many people are aware as we can), but we've been trying to work with Wikia on this and other things before and it's not working out for us. They've budged maybe half an inch when they needed to have budged a mile, while we've given up a lot, of control and other things. --PcjGamepedia wiki manager (TDrop me a line!•

Sure, I think it's already been reported though - and you can always switch to another skin for now. --PcjGamepedia wiki manager (TDrop me a line!•

Retrieved from "https://wowwiki.fandom.com/wiki/User_talk:Ashbear160?oldid=2701534"
Community content is available under CC-BY-SA unless otherwise noted.