After rescuing Dafeng from the Onyx Serpent, we follow Master Shang Xi from the Chamber of Whispers to the Elders' Path. Our good elder informs us that only the truly worthy are ever invited on the journey we are now undertaking, and there seems to be a sort of finality to his tone we can't quite put our finger on. Up the long flight of stone stairs we go, regardless, and we face off against a small challenge to prove our worth. Shang Xi watches as we unleash the powers at our disposal, pleased with our success. Then he takes us into the Wood of Staves.

The entrance to the Elders' Path

The Wood of Staves
Add a image to this gallery

Almost at once we are struck by the serenity of the Wood. Talismans hang from the tree branches, and we can see shrines dotting the landscape, none more prominent than the one nearest the cliffs. Master Shang Xi informs us that the Wood is infested with sprites, and we are only too happy to help him in clearing a few of them out. But now we learn why he brought us here: it is time for him to move on, just as others have before him, and he has chosen us to pass his wisdom down to. It is up to us to continue the journey to help Shen-zin Su, and perhaps our trek will bring us further than the Wandering Isle.

We meet Aysa Cloudsinger and Ji Firepaw at the overlook near a hot air balloon. Though Ji tries to make light, we know they are both saddened by the loss of Shang Xi. We press on, however, riding in the balloon to talk to our giant turtle, and perhaps finally find out what has been ailing him!

Shen-zin Su
Add a image to this gallery

So why did we bring all those elemental spirits together? Evidently we needed them to speak to Shen-zin, and now he tells us he's got this pain in his side, a large thorn that needs to be removed if he's to swim straight. Of course, he can't take a look at it himself to understand what it really is, nor can he bend his neck that far to remove it himself. Our hot air balloon ride takes us right over the site... and it doesn't look good.

It isn't a "thorn" at all, but a ship that has buried itself into his flesh, broken all to pieces! We can't tell much as we head on over to Mandori Village to be dropped off, but we think we spot an Alliance flag near the wreck, and some strange looking lizard men swarming over the wreckage.

At Mandori Village we stop just long enough to let Elder Shaopai know what's going on before rushing down to Pei-Wu Forest. It isn't nicknamed the "Forbidden Forest" for nothing, as we have to unlock a few gates to get there, and once we step off the beaten path, we can see tigers stalking through the grasses all around us. No time to waste, we sprint through the woods to visit the only pandaren loony enough to live here: the old hermit, Wei Palerage.

Pei-Wu Forest in the background.

The hermit's hut.
Add a image to this gallery

There's a surprise when we reach his hut, though, for now we are faced with tauren and orcs. That's right. The ship we saw was carrying Horde prisoners, and these escapees made their way to the hut after the crash. Now we meet the Horde for the first time. They want to help us with the ship, but they need to gather weapons and a few scattered explosives if they want to make themselves useful. Not to mention we need to fend off those saurok we saw earlier. Ji comes up with the brilliant - or maybe ill-thought - plan of using the explosives on the ship to get it out of Shen-zin's side. First, he figures, we need to go find Aysa and warn her. She had traipsed away earlier to the Alliance camp... 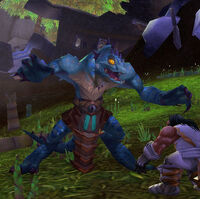 The Alliance aren't in a any better condition, but at least they're armed. Aysa's off trying to rescue as many as she can from the wreckage, and so we're left with the captain of the Skyfire, Delora Lionheart, and Jojo Ironbrow. For once, he isn't trying to break anything with his head. Again we have to deal with the saurok, but now we need to gather medical supplies and rescue some sailors.

Now is when things start getting intense. We find Aysa battling (presumably) the leader of these saurok and help her dispatch him. Then we need to have a little chat with Ji, who's busy setting explosives on the bridge of the Skyfire. Evidently he hasn't thought about what sort of further damage he might do to Shen-zin, and we tend to agree with Aysa that we should at least think things through first. Ji convinces her (not us, really) that it really needs to be done, and so BOOM!

The ship buried in Shen-zin's side.

Well that doesn't look much better...
Add a image to this gallery

Perhaps it's a precursor of what's to come with the remainder of the expansion, but the Horde and Alliance team up to help heal Shen-zin. The saurok do their best to stop the magic, attacking the healers and swarming through the sands. Their numbers are overwhelming, but heroes of both factions and the pandaren stand fast, with Jojo appearing to wield the Jade Tiger Pillar he couldn't break earlier. Soon the invaders are repelled, Shen-zin is healed, and the Horde and Alliance are now glaring balefully at one another.

At this point, it's just a short cart ride up to the Temple of Five Dawns where we see... hey, it's Master Shang Xi, or at least his spirit! Now it's up to us to decide whether to go with Ji and the Horde to Orgrimmar, or go with Aysa, Jojo, and the Alliance to Stormwind City... 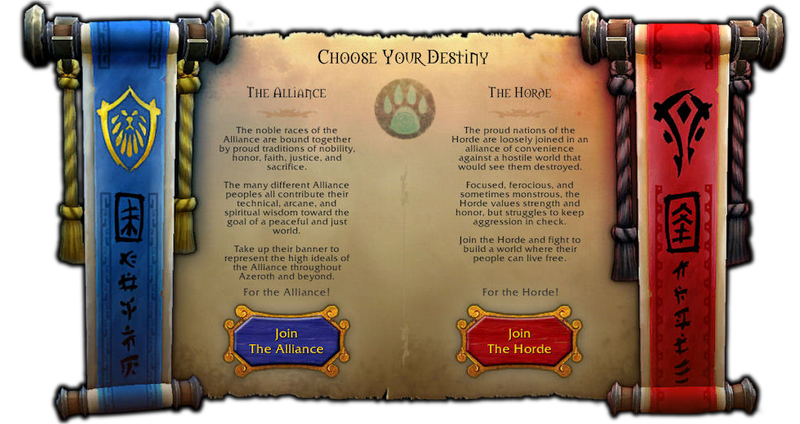 Retrieved from "https://wowwiki.fandom.com/wiki/User_blog:Raylan13/Beta_testing:_Wandering_Isle_finale?oldid=2555127"
Community content is available under CC-BY-SA unless otherwise noted.