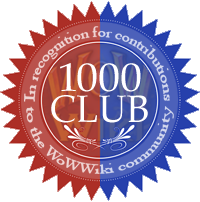 No, I haven't updated this page lately. 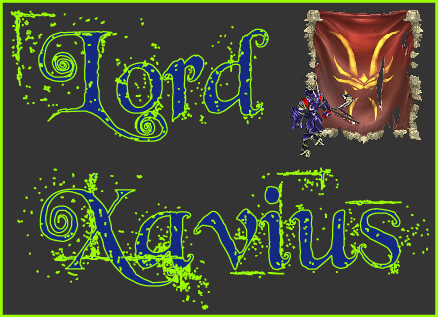 Greetings, mortals. I am Xavius, the Satyr Lord. Well, not really, but still... I enjoy the Warcraft universe, especially the lore (but also the games, of course). I play World of Warcraft, but I make too many alternate characters to actually reach high levels with any of them. When I'm not playing WoW, I'm usually around this wiki, being a crazed conspiracy theorist. Please do read some of my written (and not only!) work below, or sign the guest book if you have time. Save the murlocs! Oh, and I have taken a liking to the Warcraft Fanon Wiki. You can find most of my stuff there (warning: I tend to not finish most of my stuff).

My ModelArt (Stuff made with the WoW Model Viewer)

This Clockwork Universe - What if Deathwing got his wishes through?

Elune'Adore - The secret of the moon goddess, uncovered!

The Shadow Heritage - The last of Gul'dan's death knights will rise, and bring forth the apocalypse Part I

Athaniar - The dwarf out of Silvermoon.

The Gnomes of EVIL - And you thought the Burning Legion was the worst threat to Azeroth...

Warcraft: Arena of Champions - a fighting game within the world of Warcraft

Warcraft IV: Army of the Light

Templates created by me

The OTHER Forest Trolls

Adventurers: who are they, really, and what are their powers? Find out the shocking truth!

Retrieved from "https://wowwiki.fandom.com/wiki/User:WoWWiki-Xavius?oldid=2532846"
Community content is available under CC-BY-SA unless otherwise noted.