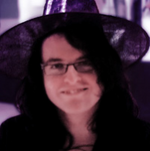 I'm a non-hardcore, explorer type of player proud to be Forsaken. I play WoW for its lore, the friends I play with and the fact it's an utterly satisfying OCD pastime.

I've co-founded a small, casual guild on Misha-US named "Future Tense", and have taken charge of the vault and running instances. I've no fixed player character type - my main is an affliction/destruction warlock, though I enjoy my shadow/holy priest too. I also have a mid-level Undead warrior tanking Azeroth's old instances.

Above all else I enjoy the Forsaken culture, engineering and running PvE instances. I've also considered myself a long-term Goblin sympathiser, and so it's with baited breath that I await the Cataclysm.

My characters are generally kept on Misha-US, and are all named after constellations. Originally this was because I enjoy Battlestar Galactica, and the characters were named after the 12 colonies. Then during the course of abandoning alts., I started to run out of zodiac! I name hunter pets after stars - for example, Acubens is a star in the Aries constellation.

Retrieved from "https://wowwiki.fandom.com/wiki/User:Sinnyo?oldid=2132865"
Community content is available under CC-BY-SA unless otherwise noted.