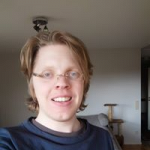 Markus Persson is working hard during daytime and he also got a Bachelor of Science in Computer Engineering degree. Awesome. Currently he resides in Umeå, Sweden. Markus WoW psudonym is Ragowit, the name of his level 70 Warrior on Quel'Thalas (EU) and all the characters before him in the beta tests. In his time away from WoW so does Ragowit often edit his homepages, watch animes and plays Guitar Hero/DDR if he has a good opponent. He also likes to collect NES games, be lazy (when allowed to) and get some good sleep.

An edit for wowpedia.

Retrieved from "https://wowwiki.fandom.com/wiki/User:Ragowit?oldid=2415459"
Community content is available under CC-BY-SA unless otherwise noted.