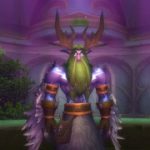 WoWWiki Head Bookkeeper and Laird of the Lore Admin

Named for: Furion, of course

Profile: WarCraft Historical and Literary (novels) specialist; Night Elf Religions expert; Knowledgeable about Magical plot twists; You won't find me editing many pages that aren't lore, I tend to focus on the past; experienced WarCraft psychologist (I've got a good reading into what the characters think)

After this point, one should ideally be familiar with the events of Warcraft III: Reign of Chaos 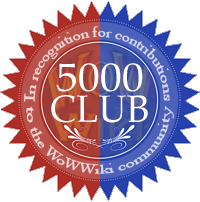 This user is a tireless member of
the 5000 club!
Retrieved from "https://wowwiki.fandom.com/wiki/User:Ragestorm?oldid=2533937"
Community content is available under CC-BY-SA unless otherwise noted.