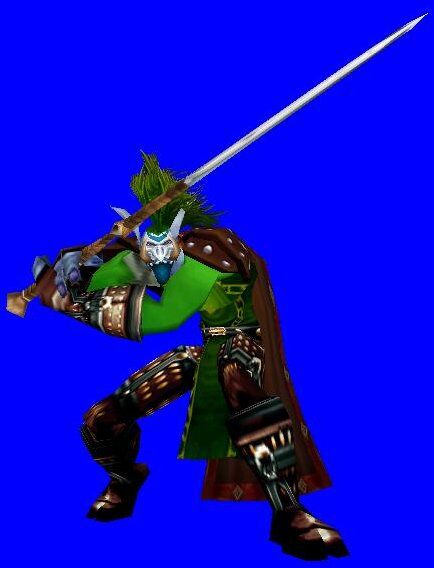 Your eyes instantly focus on a necklace around the Troll's neck... one made out of fingers and ears. From the size, your not sure if they are from Dwarves, Gnomes, or children...

((They are actually human, a gift from his brother - see below))

Growing up in Orgrimmar, plus being in the military, Bil has lost most of the original accent of the Darkspear Trolls. It tends to fade in and out, and he speaks more in Orcish than Troll. Other than his drive to be like his older brother, he is an easy-going person. The necklace he wears is more out of respect for his brother than that of a violent troll, though he sometimes yearns for the old ways. And the pull of the old ways seems to be stronger every day he is in the military.

He is motivated, wanting to follow in his brother's footsteps as a great warrior in the army of the Horde. He also wishes to find the truth behind his brother's 'death'.

Passionate about the war:

Very, he would like more than anything else in this world, to be like his older brother.

Growing up, Bil wanted nothing in this world but to be like his older brother, Wil. In his eyes, his brother had everything anyone could ever want. Wil was in the Horde army, assigned duty in Stranglethorn Vale. ((His actual duty was to observe Colonel Kurzen and his activity there.))

Wil used to call Bil "LT" as a tease. It wasn't till later that the young troll realized this was a rank in the military, the rank of an officer...

One day, the Gorekill family was notified by the military that Wil was MIA, and presumed dead.

Bil is now in training, to join up with the military, to follow in his brother's footsteps, and to hopefully find out the truth if his brother's MIA status...

Lately, Bil has been seen with the troll warrior, Neyimi, more and more. It is not known at this time why.