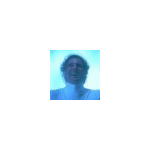 This user is a notable member of
the 500 club!

Although I'm using an older handle here, I am the owner of the weblog Mirshalak's Lair.

On the Wiki, I'm primarily the entirely self-appointed keeper of the Survival article, and periodically defend it from those who fairly obviously have never played the tree, but still feel like randomly editing it anywayz. :P In all seriousness however, aside from a couple of the usual malcontents, the page seems to have largely been accepted.

Most of the rest of my focus has been on the Hunter, Hunter tactics, and Instance grouping guide. I had made fairly large contributions to the Raiding for newbies article as well, but pretty much all of that has now been removed/reverted.

My other edits which don't fall into the above category usually consist of info about the boss fights in various five man instances, some zone information here and there, and some random, general admonishments to people to learn to play. :P

I'm not particularly well loved by the management here either, I've tended to suspect, although fortunately they haven't seen fit to remove my ability to edit entirely, however I've been threatened with that once. Said management has a deep and pervasive pro-Alliance bias, whereas while I'm quite willing to admit that I have an equally deep and pervasive pro-Horde bias, the difference between us is that my bias gets consciously acknowledged. For some people, it seems, referring to Malfurion Stormrage on a nickname basis is entirely NPOV. This can, at times, make the nature of my interactions with them somewhat interesting. ;-)

I am moving to wowpedia.org, rather belatedly, so there will probably be no further edits here.

Retrieved from "https://wowwiki.fandom.com/wiki/User:Petrus4?oldid=2466312"
Community content is available under CC-BY-SA unless otherwise noted.