i wanted to find out exactly what the relationship between intelligence and crit rates for heals was. So i decided to run tests casting Flash of Light (Rank 1) and see the rates of critical heals. i had no points in "Holy Power", or did i have any +crit chance on spells. So these numbers are all based on my intelligence.

Plotting the critical heal rates verses intelligence, the relationship looks vaguely linear, but doesn't fit as well as it should. 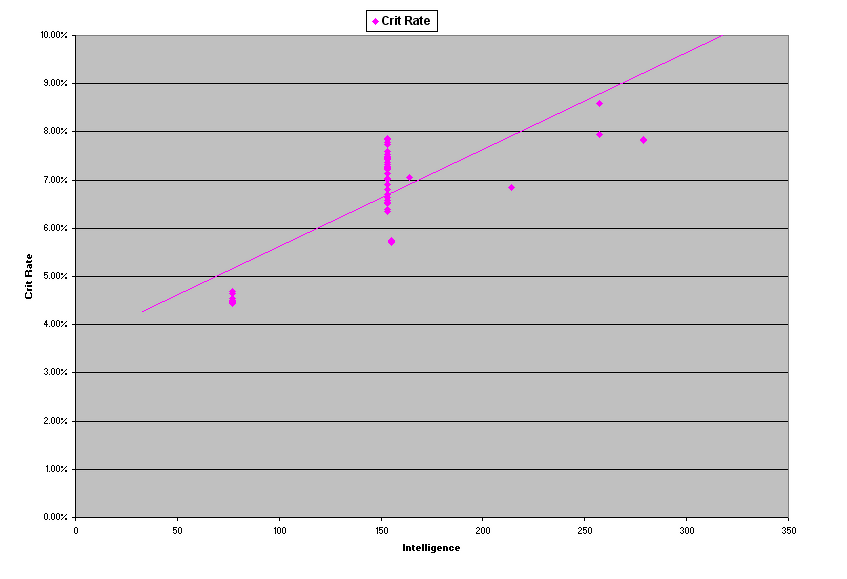 As you get higher in intelligence (especially above 200 intelligence), the rate doesn't rise as much as it should. Also, if the relationship is linear, then apparently someone with no intelligence has a significant non-zero crit chance. A linear trend doesn't seem to be the right fit.

The failings of a linear trend are also pronounced when you look at the inverse of critical cast rates: Casts per Critical spell. 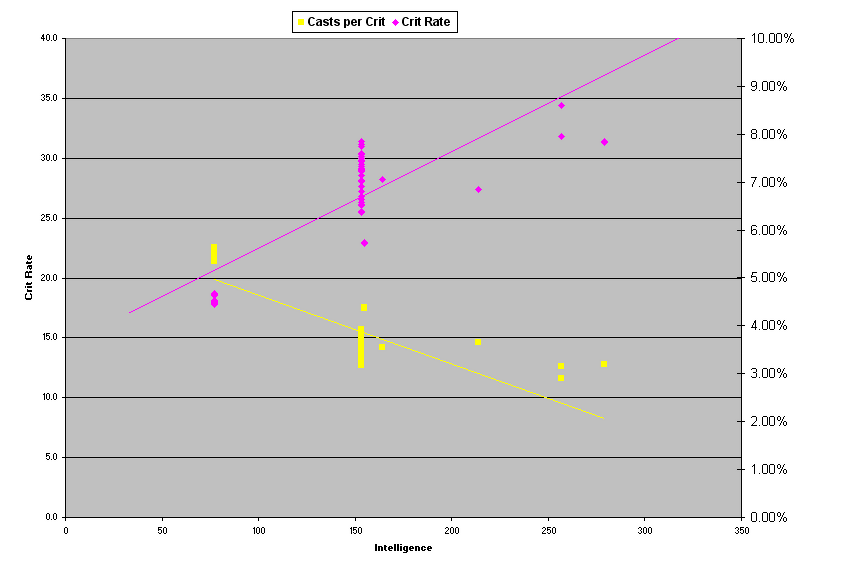 Casts per Crit is the average number of casts required before you get a critical cast. At the highest range it is requiring more heals to get a crit than a linear trend would suggest. So i began to realize that a linear trend was not the answer. Some people of suggested that for a paladin, the spell crit chance is Int / 30. Including those values on the plot don't fit at all with the real world data.

Referring to the Blizzard post mentioned in [Talshuler's Int Research]

"Ok, I could have phrased things differently in my OP and I can see how this is different from other comments and how it can be confusing in itself.Well, I’m here to say that I have the real deal comprehensive overview of how INT affects your Crit%. I have been talking with someone who loves crunching numbers and is rather…intimate with the mechanics we are discussing.First off, there is an expected number of INT for each level for players of different classes. For continuing examples I will refer to the mage. Again, each class has different values on them and therefore scale differently, as we shall see.

However, a level 50 mage will have a different expected INT value and therefore the ratio of 59.5/1% does not apply for a level 50. This is because the value of an individual stat is weighted according to the expected level. At level 10, the same amount of INT will yield more INT/Crit% than it would at level 20.

So, you may regard as what I said earlier as pertaining only to level 60 mages. I apologize for the confusion.

So, in closing, the ratio of INT/Crit% scales down as you increase in level and depending on class. The numbers I provided pertain to level-60 mages. No, I will not give you the exact numbers for your class and level.

EDIT- Oh yeah…there is no “nerf . The same mechanics have been here. However, it seems the perception and interpretation may have changed a bit"

Blizzard has a concept of "Intelligence per 1% Crit Chance". The value of which is calculated as:

where R is the critical rate expressed as a percentage value.

Without really understanding what this value means right now, we can go ahead and plot it. 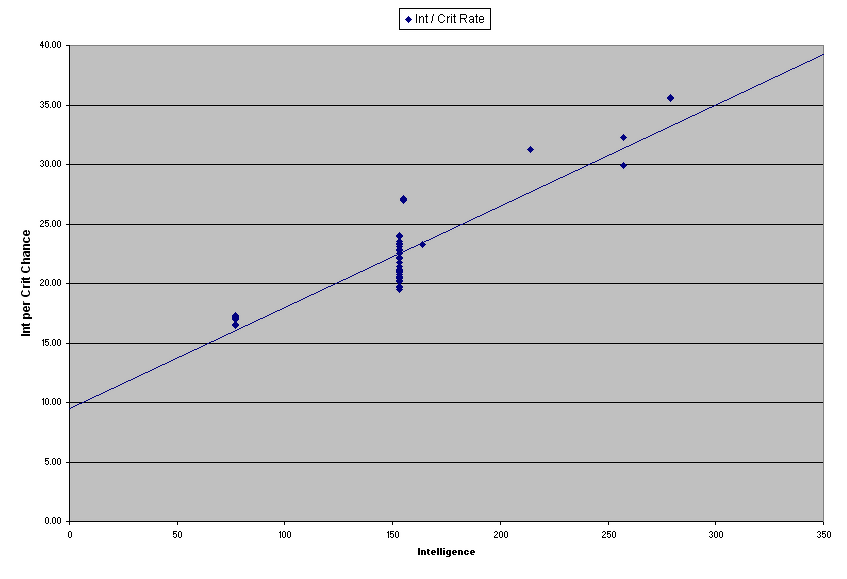 but we also know from our original definition of Intelligence per Crit (ipc) that:

We now have two equations that we can combine on ipc.

We can now solve for Crit Rate (R) solely as a function of intelligence:

So now we graph this new relationship between your critical chance verses intelligence (and we also plot it's inverse, your casts before you should get a critical spell)

NOTE: The value of "casts per crit" has been rounded up, to show (on average) the maximum number of casts before you get a crit. 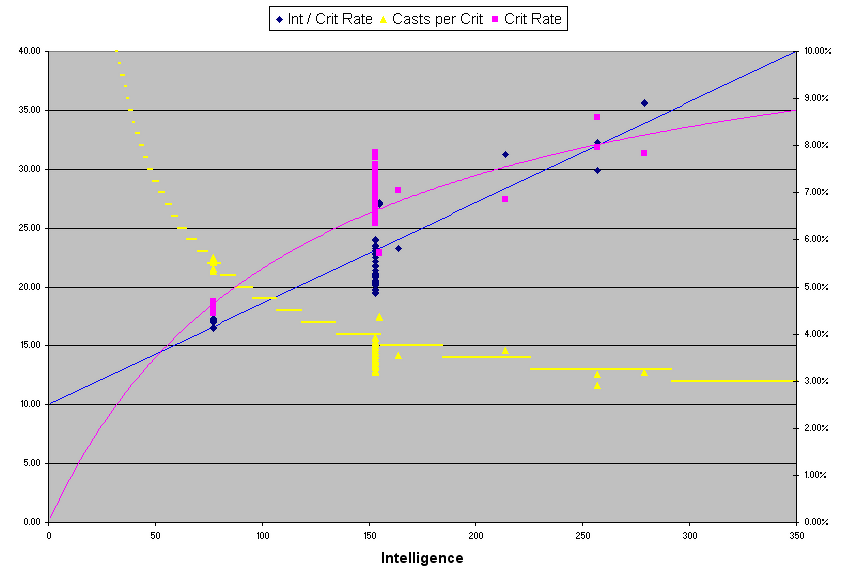 It is also quite satisfying to see how closely the observed "Casts per Crit" values match the predicted values; much better than the linear