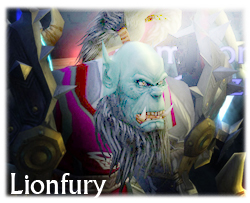 This character was originally called Kupon. Is one of player who made while TBC Launched in oringal server of first day WoW open. This character is not my first main. First main ever I had was Fexil 60 tauren the druid from Elune server then reroll warlock Tharll 60 orc on Elune server also the reason why I reroll because due to share account with brother. Finally thing getting chaos in Elune server I decided to left that server and join my brother on Shattered Hand as Rogue named Fexy Alliance Night elf. I joined my brother's guild called Forgotten Lord there was bunch of warm heart alliance people. I thought I'd able last as alliance but only stayed alliance for one year. When TBC Launched came I start grow bored of alliance I love horde so much I decide to reroll horde and leave alliance side. At this point also Forgotten Lord was fall aparts. I finally made shaman named Kargath, orc 70 to be main, then I start grow bored of shaman too, and start playing druid Zace, tauren druid 70, Grow bored of him because was kept forced to healing. And hence this where Kupon come. Been playing Kupon for ever since two years. He was my alt also when I had Zace & Kargath.

I named Kupon for the reason was Kupo the Final Fantasy Moggle! I love those furry bat. I decide to use their name as honor but thing going different way, everyone calling me Coupon and I cant stand it anymore! I decide to pay a visit to Goblin to change me to female orc and they gave me a unique name Targix! Lately then I realize thing isn't going my way as it used to be. I decide to force goblin give me refund and thats hence where Lionfury come in!

I start grown love the hunter class and the pet. I saw a fine wolf cross my path and I decide to tamed it and named it Balto. We've through so many thing together he is best pet ever I could ask for! I've also tamed the spirit beast called Skoll I decide to gift it as named Trevor for my friend who found for me. And my beloved black lion named Kupo. I played as BM for all two years. I decide to join PVE guild raid once again and I've show beserek of Lionfury meaning to all boss. And each of them fall in my hand. I start notice I slowly collect all mount in the game, and the achievement point in the game. I recently got 9th place of the shattered hand for achievement point.

I've take many offer of new home of guild I finally found WGF (Original called Warcraft Gaming Faction in Pre-BC But Reform in Wotlk) And I stayed there until they fall apart when Aion come. I decide to move and found new home and I found XL Gaming as home. Bunch of people welcome me with their warm arm. I start raiding and showing the more boss falling in my hand!

Retrieved from "https://wowwiki.fandom.com/wiki/User:Lionfury?oldid=2309691"
Community content is available under CC-BY-SA unless otherwise noted.