Hello! Leave any comments you want on my talk page. 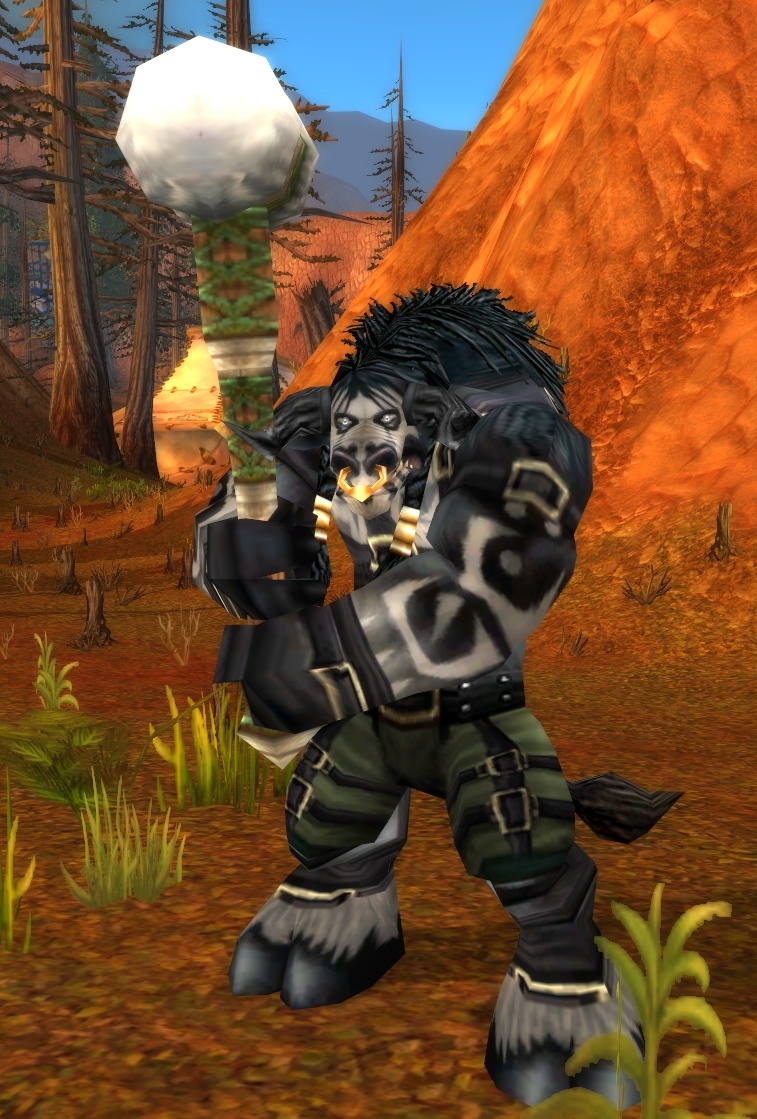 <--Kind of what my Tauren Hunter, Fathios, looks like

As you obviously see, I have a lot of characters. You can tell i kind of prefer Horde. Also, they aren't all 70 (in fact the highest is 40), I just like the 70 pictures better ;)

Tauren: Because they are awesome.

Pandaren: Because they are Pandaren.

Dwarf: Because they are cool and they like beer.

High Overlord Saurfang (Dare you even ask why?)

Chen Stormstout ("I cause panda-monium!")

Kel'Thuzad ("This horned thing on my head is KILLING ME!")

Alexstraza (I love dragons, and the red dragons are coolest)

AND I almost forgot: LEEROY JENKINS!

WarCraft III Faction: Night Elves (I actually like Night Elves a lot in WoW, but they're too hard to play as in WCIII. It makes my brain hurt)

Murlocs: I'm sorry. I used to love murlocs. But a straight month of endless Barrens chat ruined both murlocs and Chuck Norris jokes.

Naga: I just don't like them, I really have no good reason.

Arthas: I thought he was pretty cool until he slaughtered the citizens of Stratholme.

Nefarion: Since I like Nozdormu and Alexstraza, I have to dislike him. He's a traitor against all dragons.

Mankrik's Wife: To repeat myself, I was in the Barrens. I was only able to find Mankrik's wife after going onto wowwiki.

Rogue (when they're used against me)

I'm really into fanfic and speculation. These are my fanfic articles, by category:

User:DScharff24/WarCraftIV: The Return of the RTS

If my expansion ideas were seen by Blizzard, deemed worthy and came to fruition, then this would be the final race list:

Retrieved from "https://wowwiki.fandom.com/wiki/User:DScharff24?oldid=2135302"
Community content is available under CC-BY-SA unless otherwise noted.