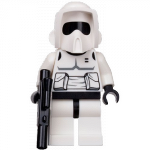 My main character is Talulah, a level 80 Tauren Balance Druid on the Garona server. I am the Chieftain (Guild Master) of the guild Spectrum Rage. I started playing WoW during beta and rolled my first character (Tauren Hunter) on Terenas after the game went live. A few months later, I made the switch to Garona.

In real life (what's that?), I work as tech support and go to school at the University of Advancing Technology, majoring in Game Programming. I am currently working on raising our school's wiki from the ashes.

I am one of the few that is absolutely in love with murlocs. I am of the opinion that they should be a playable race. Mrrrrgggggllllll!

Right now I'm randomly editing pages that stand out, adding articles where they're missing. Have suggestions on what I can work on? Drop me a note on my talk page.

I have many more than what are listed here, but these are the ones I play most often.

Retrieved from "https://wowwiki.fandom.com/wiki/User:Alianin?oldid=2414657"
Community content is available under CC-BY-SA unless otherwise noted.