This article is about the playable version of the Tauren. For the info on the race in general, see Tauren. 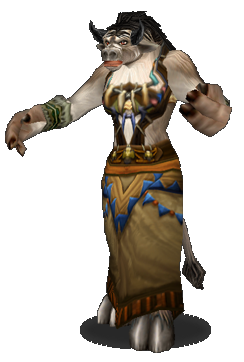 The tauren of Thunder Bluff is a faction of tauren that start in Camp Narache of the Red Cloud Mesa, an area of rolling plains atop the high cliffs in southern Mulgore. They are the Horde tauren player race.

As of the Cataclysm expansion, Tauren are the only playable race that has every Tank and every Healer class availiable to them. No other race, Horde or Alliance, can boast either.

Though the noble tauren are peaceful in nature, the rites of the Great Hunt are venerated as the heart of their spiritual culture. Every tauren, warrior or otherwise, seeks identity both as a hunter and as a child of the Earth Mother. Having reached the age of maturity, you must test your skills in the wild and prove yourself in the Great Hunt.

For countless generations, the bestial tauren roamed the plains of the Barrens, hunted the mighty kodos, and sought the wisdom of their eternal goddess, the Earth Mother. Although split into different tribes, the tauren were united by a common enemy: the marauding centaur. These primitive horse-men terrorized central Kalimdor, leaving only death and suffering in their wake. Although the tauren tribes struggled valiantly for survival against their foes, the relentless centaur attacks continued. Over time, the centaur wiped out the area’s wild game, threatening starvation for the beleaguered tauren. Seeking aid against the centaur, the chieftain, Cairne Bloodhoof befriended Thrall and the other orcs, who had recently journeyed to Kalimdor.

With the orcs’ help, Cairne and his Bloodhoof tribe were able to drive back the centaur and claim the grasslands of Mulgore for their own. For the first time in hundreds of years, the tauren had a land to call their own. Upon the windswept mesa of Thunder Bluff, Cairne built a refuge for his people, where tauren of every tribe are welcome. Over time, the scattered tauren tribes united under Cairne’s rule. There were a few tribes who disagreed about the direction their new nation should take, but all agreed that Cairne was the wisest and best suited to lead them towards the future.

Owing a blood-debt to the orcs for their assistance, the tauren joined Thrall on Mount Hyjal to defend Kalimdor from an invasion by the demonic Burning Legion.

Following the Legion’s defeat, the tauren who helped defend Hyjal returned to their new home in Mulgore. Ruling from the majestic capital of Thunder Bluff, Cairne welcomed tauren of every tribe to this secure refuge. Many tauren who traveled to the capital were content with Cairne’s vision of a peaceful and harmonious future, but at least one tribe felt otherwise. The stern Grimtotem tribe looked upon Kalimdor’s other races as inferior and believed that its matriarch, Magatha, was the only one fit to rule the tauren. Although Magatha constantly disagreed with Cairne over the direction of their nation, the elder crone nonetheless coexisted alongside him in Thunder Bluff without major incident. The Grimtotem tribe did not, however, join the Horde along with Cairne and the tauren under his rule.[1] (WoWMan 183)[2]

For years the tauren flourished throughout Mulgore, but tragedy befell the noble race following the campaign against the Lich King in Northrend. Believing that the reckless new warchief, Garrosh Hellscream, would lead the Horde to ruin, Cairne challenged the young upstart to a duel. The tauren high chieftain fought with a ferocity that belied his age, but an act of betrayal had sealed his fate before the battle had even begun. Unbeknownst to either of the duel’s combatants, Magatha had poisoned Garrosh’s blade. After Cairne was wounded by the tainted weapon during combat, he was immobilized by the poison, and Garrosh was able to slay him.

Following the high chieftain’s death, Magatha’s Grimtotem agents stormed Thunder Bluff and seized the tauren capital as their own. They had also hoped to murder Cairne’s son, Baine, but the young tauren managed to elude his would-be assassins. After formulating a strategy to exact retribution upon Magatha, Baine launched a counterattack and wrested Thunder Bluff from the hands of the treacherous matriarch. Ultimately, rather than spill further blood, Baine banished Magatha and all other Grimtotem who still supported her from tauren lands.

Despite the deadly encounter between Cairne and Garrosh, the tauren have not abandoned their place in the Horde. While many chaotic events have transpired in recent months, Baine has bravely taken up the mantle of tauren leadership and is now focused on ruling just as his wise and benevolent father would have.[3]

The tauren character model is large. The beginning tauren character will not notice this; everything is tauren sized, and is scaled to the tauren point of view. Later, when the character interacts with other races, the difference is evident. Occasionally, tight quarters will hamper a tauren character's movement.

The tauren are some of the most physically imposing creatures to ever walk the earth.

They were the only Horde race that could play as a druid, though as of

Cataclysm, the troll race (together with the worgen for the Alliance) was allowed. They are the only Horde race that cannot have characters of the rogue class. The hypothetical tauren rogue is a common joke among Horde players.

For the tauren, the rogue profession is an alien concept and therefore rare (if not non-existent) among its peoples.[4] (WoWRPG 80) Renegade Grimtotems possess the rogue and sorcerer class.

Tauren are a very tribal and ancestral people, so worship of spirits and ancestors would be part of the roleplaying. Also, their size usually makes them seem a bit more fearsome, though most tauren aren't going to attack a person without good reason. Tauren do not have much of an accent, so you can type out their speech as you would normally.

Because of their size, tauren used to have the most restricted selection of mounts of any race. Among the racial mount vendors, the tauren could only use the their own kodo and the orc's dire wolf. From the racial PvP mounts, they could also select the troll's raptor. Mounts beyond these must be hardier, because the ones available to the Horde can all bear a tauren. Oddly, the tauren had no restrictions on flying mounts.
These restrictions were lifted in patch 3.0.8. 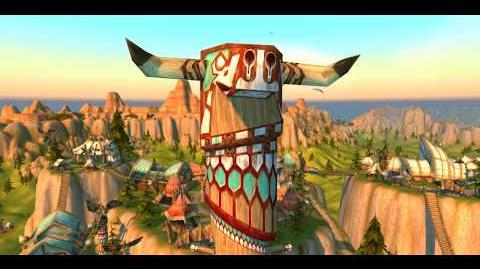 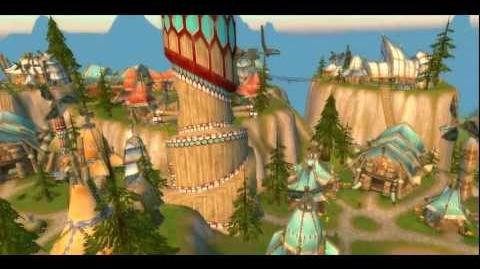 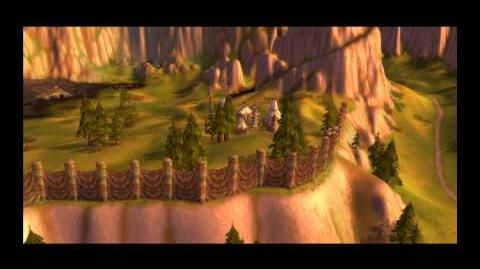 Retrieved from "https://wowwiki.fandom.com/wiki/Tauren_(playable)?oldid=2840017"
Community content is available under CC-BY-SA unless otherwise noted.