Hidden under a shroud of perpetual night broken only by bright starlight, the lush, idyllic forests of Shadowmoon Valley are home to a majestic draenei tomb and sanctuary: Karabor. While many of Shadowmoon’s denizens study prophecy among Karabor’s ancient stone circles, plotters with darker ambitions lurk in the valley’s vast underground cave network, gazing greedily at the sacred temple.

Warlords of Draenor located in southeastern Draenor. It is the home zone of the Shadowmoon clan of orcs.

In Warlords of Draenor, Shadowmoon Valley serves as the starting zone for Alliance players once they’ve endured the initial rigors of Tanaan Jungle and survived their first encounter with the Iron Horde.

The valley is tranquil and serene. Rolling green hills give way to lush, violet forests. Draenei temples stand proudly beneath a star-studded sky. Here, the draenei have built wonders of their civilization—the town of Elodor with its majestic Altar of Sha’tar serves as the proud home of the great Exarchs, while the shining Temple of Karabor acts as the font of all holy learning. Under Prophet Velen and Exarch Akama’s watch, all is well.

But times are changing. The Iron Horde have called the native orc clans to join their ranks. The Shadowmoon Clan, led by Warlord Ner’zhul, yearns to prove itself worthy to Grommash Hellscream. Beneath the valley’s bright moon, a dark star hangs in the sky. For centuries, the Shadowmoon have been forbidden to tap its void-touched energy . . . until now. Will Warlord Ner’zhul succeed in harnessing the star’s power to destroy the draenei and the Temple of Karabor? Or will Prophet Velen, aided by his disciple Yrel—and a few fearless heroes—be able to stop him?

Meanwhile, trouble brews amongst the Exarchs, the most powerful and influential draenei heroes. Even as they debate the future of the draenei on their adopted homeworld, there is growing evidence of a traitor among their ranks. Who can be trusted?

The night elf Wardens sense a demonic presence in the northern woods of Shadowmoon Valley. As they hunt for the source of the fel energy, a sinister truth is revealed: Gul’dan, the Destroyer of Dreams, has returned.

Most importantly, as a proven champion of the Alliance, you are charged with establishing the Alliance foothold on Draenor. The land is harsh and unforgiving, and the Iron Horde has amassed an enormous army without equal. Before you can hope to defeat them, you must build a stronghold—your Garrison—from the ground up and gather allies to face this indomitable foe.

Alliance players automatically arrive in the Northern area of Shadowmoon Valley (at Eventide Landing) immediately following their completion of the Assault on the Dark Portal scenario. Early quest progression leads them to Lunarfall, the site of their Garrison, where a flight master is eventually activated. From this point on, players can choose to explore the rest of the zone however they wish.

Horde players can enter Shadowmoon Valley on foot from the Northeastern border of Spires of Arak, passing by The Howling Crag and Akeeta's Hovel on the way. They may also enter Shadowmooon Valley by taking the road which crosses the Eastern border of Talador, just south of Aruuna. Alternatively, a horde player may choose to wait until level 100 and upon accepting one of two garrison Daily quests:

[100] Garrison Campaign: Assault on Socrethar's Rise, they will gain a free flight from their Garrison, to Shadowmoon Valley.

The skies of Shadowmoon Valley.
Add a image to this gallery 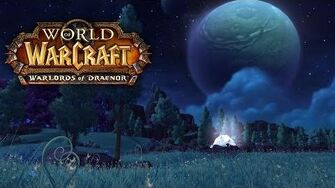 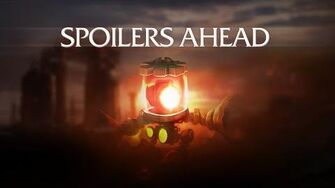