Karatechop was a level 80 warrior of the guild The Marvel Family (Vek'nilash US). He has since been banned from WoW.

On April 29, 2009 a flood of subsequently deleted threads were posted on the official WoW forums regarding a player/guild suspected of acquiring GM-only items. The item in question was used to kill bosses in Ulduar.

This image shows the player as having a First Aid skill of 900. 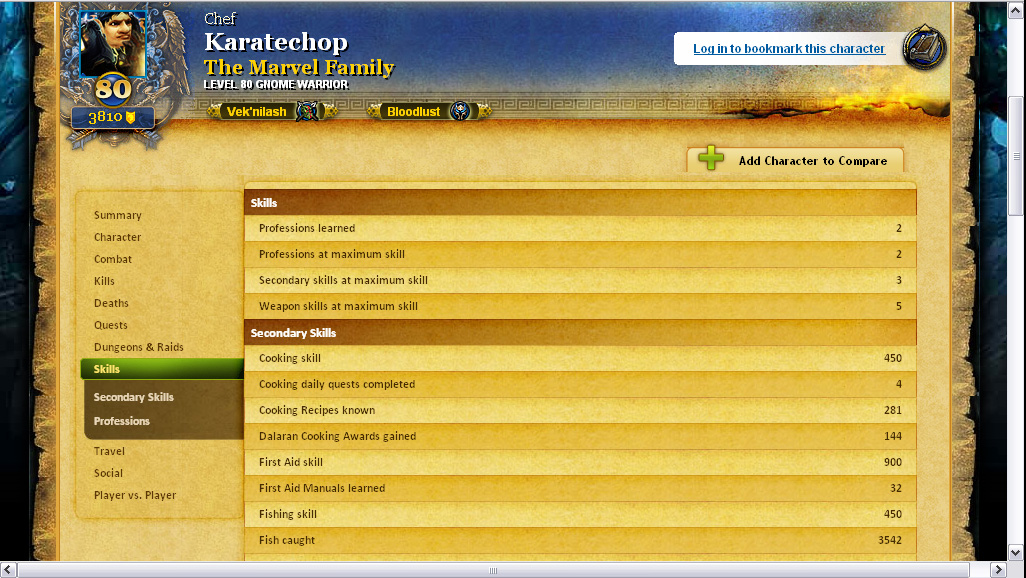 This image shows the player's damage dealt in a single hit. 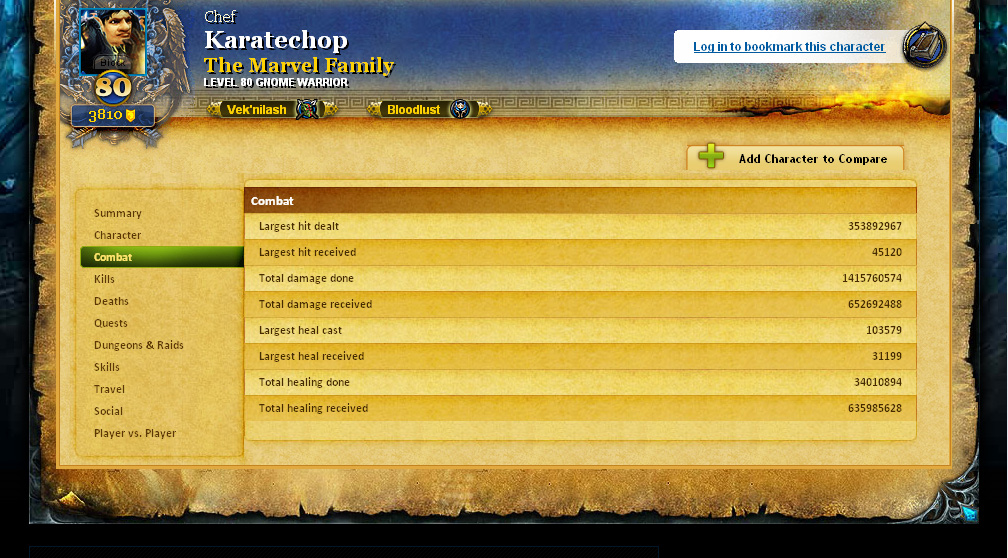 This image shows the GM-Item on the Armory. (Towards the bottom, you will notice the itemnumber=17.) 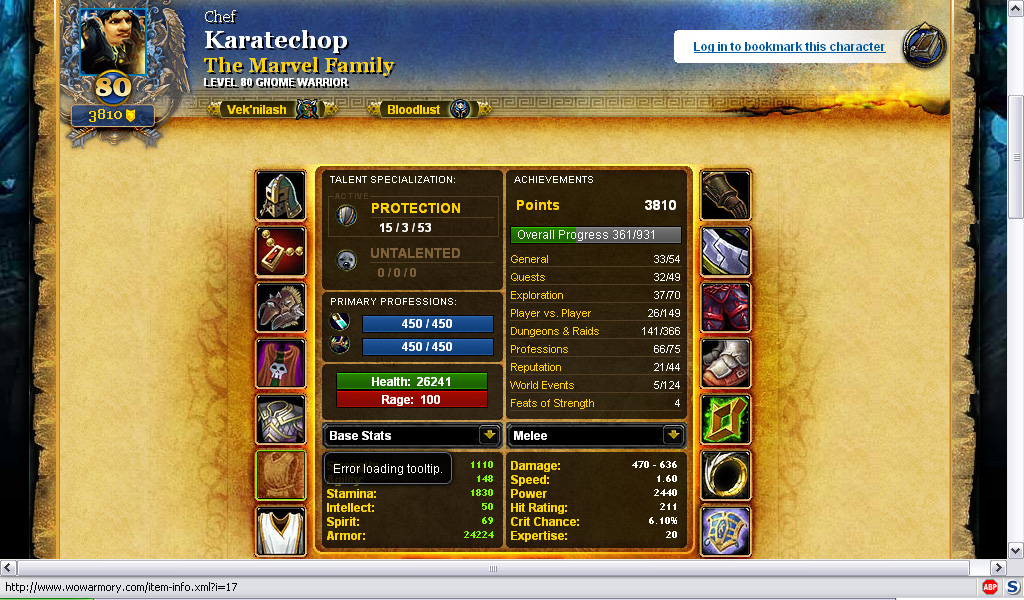 Now looking at item # 17 in the WoW Database and you get http://www.wowdb.com/item.aspx?id=17.

A response from a member of the guild involved: 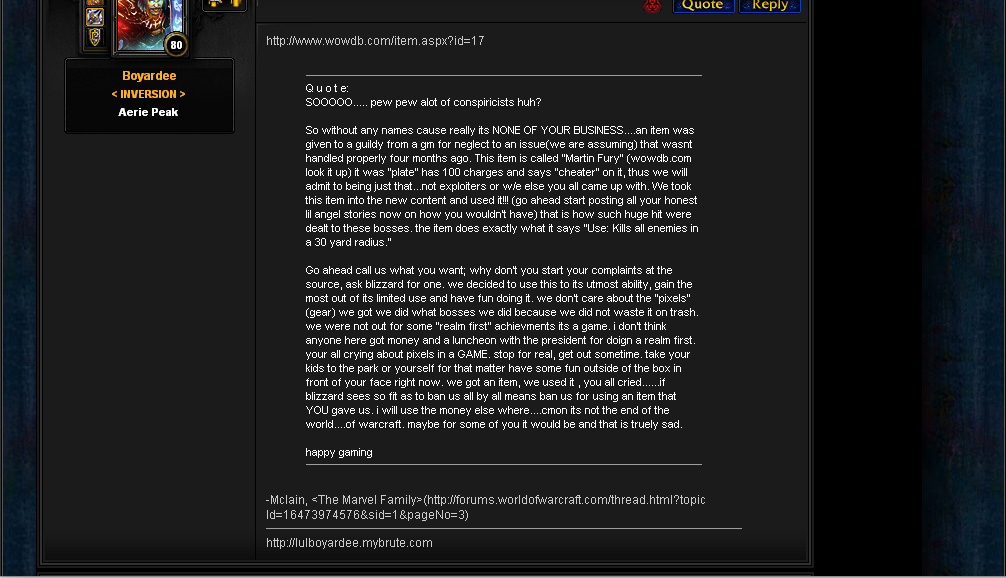 Retrieved from "https://wowwiki.fandom.com/wiki/Server:Vek%27nilash_US/Karatechop?oldid=2650946"
Community content is available under CC-BY-SA unless otherwise noted.