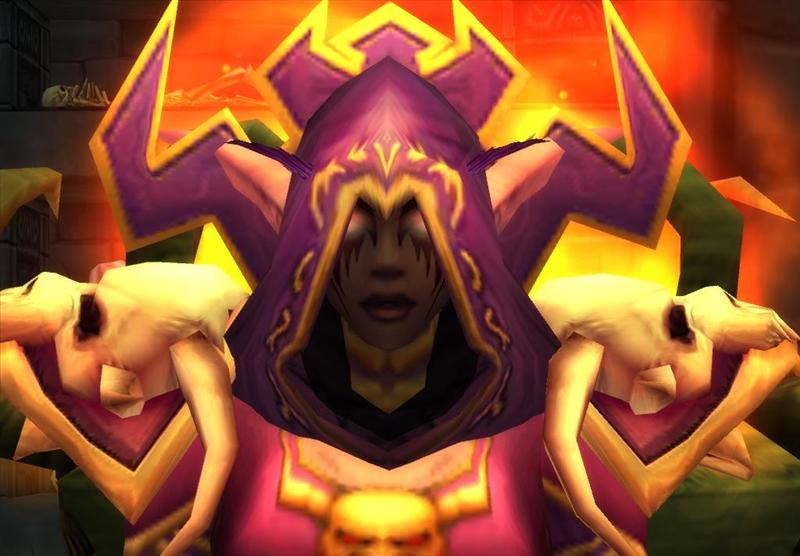 Physical Description: Long flowing purple hair that cascades down to her legs, Lianari is a very petite, thin Elf, no sign of physical activity shows on her body. Her clothing looks to be very well kept.

Personality Description: Lianari is a very proper speaking and respectful person going as far as to refer to people as Milord or Milady unless otherwise asked not to. She does not speak more than she needs to but is not shy to speak her mind either, being very independent individual. She also has a dislike for anything that would tarnish her in any way such as wounds, clothing tears, even loose threads and she often makes complaints about them if it should happen.

General Notes: She has a strong obsession with keeping her clothing, hair and looks in the best condition as possible which shows.

Secrets: There are many dark skeletons in her closet.

Lianari trained to become a priestess and studied the shadow arts. In time she would eventually become corrupted by it and murdered anyone she felt would help achieve her goal in power. When the Kaldorei lost their immortality she eventually sought ways to regain her immortality which led her again to murder. She eventually happened across the young priestess, Nienor, whom she felt was the key to regaining her immortality. However, her plot would be foiled and her attack would leave the priestess a mute for some time.

Over time she continued to stalk and hunt that same priestess, never leaving her alone in hopes she could gain immortality by her death. Nienor eventually gained the courage to stand up and face Lianari defeating her once and for all.

Lianari eventually felt lost with where to go, no longer desiring immortality or power and wandering upon Nienor who defeated her often. The two would eventually form a relationship which would also bring more stress as Lianari still struggled with her shadow powers the corruption of it growing again within while her relationship continued to blossom into a full romance.

She would eventually fall into the corruption once more this time with dire consequences, not to her, but to those who cared about her. She realized what she had done wrong but it was far too late. Eventually she would come back around and regain her will to fight off the corruption wielding what shadow magic she has to her need instead of succumbing to its.

Current Going-On (if any)

She does her best to maintain a strong, healthy relationship with Nienor while learning and understanding her shadow magic along with other obstacles that come into their life.

Retrieved from "https://wowwiki.fandom.com/wiki/Server:Feathermoon_US/Lianari?oldid=887723"
Community content is available under CC-BY-SA unless otherwise noted.