SI:7[79.6, 61.2] (also known as a part of Stormwind Intelligence) is a secret organization of the Alliance.[1] (APG 177) It includes rogues specializing in special operations, assassination, and stealth tactics.

It is one of the most active organizations in the Alliance.[1] (APG 177) The SI:7 detachment is currently led by Spymaster Mathias Shaw, grandson of Pathonia Shaw — the founder of a similar organization, the Stormwind Assassins, and a former master-thief.

The SI:7 headquarters is located in the Old Town quarter of Stormwind City. They have operatives all throughout the Eastern Kingdoms who carry out secret missions for the Kingdom of Azeroth, such as Renzik "The Shiv" and Flint Shadowmore. They have some operatives in the region of Kalimdor also, such as Andello Porter.

After the events of the Cataclysm, SI:7 is now within its own lush, green area, separate from both the Command Center and Old Town. Also, a large team of SI:7 Operatives and SI:7 Assassins are doing investigations on the Lost Isles. Neutral SI:7 Field Agent <Barrens Operatives> have been seen around Southern Barrens with some embarrassing cover operations that led to a Revealed Alliance Spy <SI:7 Field Agent>.

Mathias Shaw has brought a squad of Neutral SI:7 Agents <SI:7 Agents> led by a SI:7 Squad Commander to Twilight Highlands to aid him and adventurers with operations there against the Twilight's Hammer cult.

SI:7 Rangers need to be rescued from Ragefire Chasm.[2]

In the Jade Forest, the SI:7 operatives, along with Admiral Taylor, attempt to find and rescue prince Anduin Wrynn and establish Allied foothold in Pandaria.

People in touch with SI:7 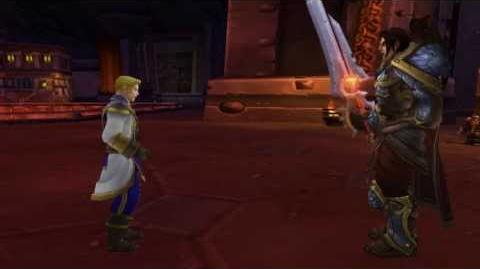 Retrieved from "https://wowwiki.fandom.com/wiki/SI:7?oldid=2846982"
Community content is available under CC-BY-SA unless otherwise noted.