Rather than returning to the fight against the Burning Legion stronghold with the Alliance and Horde, players will instead join the fight with their Order Halls and the Legionfall faction.

One of the major activities players will participate in is reclaiming and rebuilding the elven ruins on the island to build up their base. At present it is unclear whether this is phased according to players, or if building selection will be performed via democratic "contributing" via each realm. 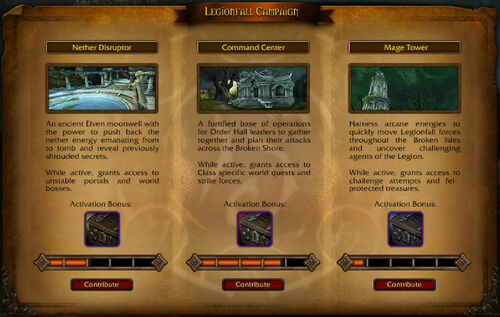 Edit to the right of the section title.
Retrieved from "https://wowwiki.fandom.com/wiki/Return_to_the_Broken_Shore?oldid=2825750"
Community content is available under CC-BY-SA unless otherwise noted.