Congratulations! (if in time)

Commander Kunz at the Argent Stand wants you to visit the four Argent Crusade posts, follow their captain's orders, and then return and report to him.

Captain Brandon and Captain Rupert are posted at Drak'Sotra, Captain Grondel is posted in Drak'Agal, and Alchemist Finklestein is posted in Heb'valok.

Unsheathe that weapon, <race>. It's time to go on patrol!

I've got four posts under my command and it's crucial to our success that they remain in our control. I'm ordering you to visit each of them and offer your assistance.

You can begin with Captain Brandon southeast of here. He'll direct you to the next post when he's finished with you.

Report back to me once you've assisted each of my men. And remember, you'll be more richly rewarded for returning to me quickly - so double-time it!

When you accept the initial quest, you have a 20 minute buff applied to you. If you can complete the subquests within the allotted time, you are eligible for Congratulations!, which awards an extra 650 reputation with the Argent Crusade and 19

(the reputation for Congratulations! was increased to 650 in patch 3.0.8).

After the hotfix, the subquests no longer reward reputation. You only receive 455 rep for turning in Troll Patrol and the bonus 650 for finishing it under 20 minutes. 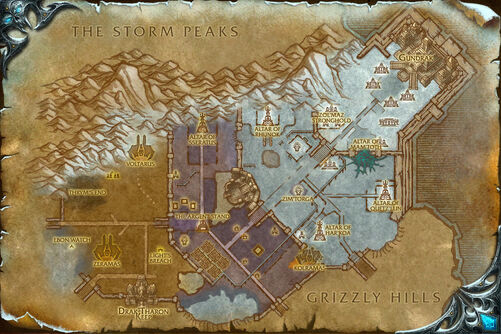 Retrieved from "https://wowwiki.fandom.com/wiki/Quest:Troll_Patrol?oldid=2657819"
Community content is available under CC-BY-SA unless otherwise noted.