Spirits Are With Us

Kill Jungle Serpents and inspect the poisoned adventurers to allow Bwemba to heal them.

Because of the emissary's warning we were able to gather more adventurers to help defend. But we thought we were going to be fighting trolls.

Instead we found ourselves overwhelmed by serpents!

They seem to have come from everywhere. We are barely able to hold on, and I only suspect it's going to get worse.

Help us and eliminate the serpents and perhaps your troll friend here can use some magic to cure the poisoned.

Thanks for the help, <name>. These serpents, there doesn't appear to be an end to them. 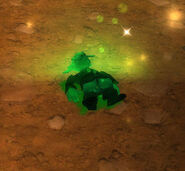 One of the poisoned adventurers.
Add a image to this gallery

Retrieved from "https://wowwiki.fandom.com/wiki/Quest:Serpents_and_Poison_(Alliance)?oldid=2508768"
Community content is available under CC-BY-SA unless otherwise noted.