Yes (daily)
"Yes (daily)" is not recognized as a Boolean (true/false) value.

Escape from Skettis is a daily quest that provides reputation with the Sha'tari Skyguard.

Escort the Skyguard Prisoner to safety and report to Sky Sergeant Doryn.

Hail, <name>. I thank you for coming to my aid.

The arakkoa's monstrous birds knocked me from my nether ray while on a scouting mission.

Let's get out of here, while we can.

Thank you for rescuing one of our scouts, <name>. We lose good people every day and there aren't enough new recruits to replace them. 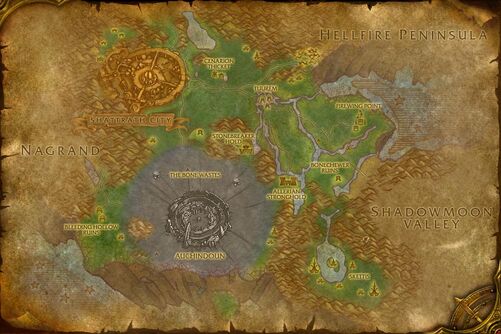 The Skyguard Prisoner is a broken locked in a cage in one of three veils in Skettis, each with a similar layout. Once you release him from the cage, he starts walking slowly towards a bridge. He crosses the bridge to the other platform, and then heads down the ramp to the ground. That's it, that's the whole quest. You can expect to see 1-2 mobs at the start, a patroller on the bridge, 1-2 mobs on the second platform, and 2 at the bottom of the ramp. Those can be cleared before starting the quest. While halfway down the ramp, 2 more will spawn out of thin air and attack.

One strategy that works well is to check the General channel for others looking for the quest and form a party of at least three. Then have one person camp the each of the three spots where he might appear. When he does appear, everyone comes to that location and triggers the quest. This way is very easy since three people can easily handle the mobs and patrols, and every one gets credit for the quest rather than competing for the same mob.

At some point during the escort, a pair of

Skettis Wing Guards will spawn and attack the prisoner regardless if the route has been cleared or not. Each pair spawns at a static point depending on which prisoner you are escorting:

With this in mind, it's possible to prepare for the spawns, usually by setting traps.

Skyguard Prisoner says: Thanks for your help. Let's get out of here!

Mobs cleared at the bottom of the ramp and quest complete:

Skyguard Prisoner says: Thanks again. Sergeant Doryn will be glad to hear he has one less scout to replace this week.

Retrieved from "https://wowwiki.fandom.com/wiki/Quest:Escape_from_Skettis?oldid=2264446"
Community content is available under CC-BY-SA unless otherwise noted.