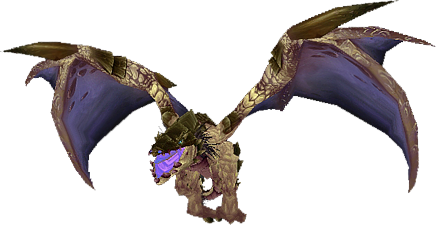 Small in numbers these creatures are mostly used as mounts for the frost vrykuls that serve the Lich King.

While in the past the Scourge tried to use the black dragonflight for their experiments, these new versions were most likely created from the blue proto-dragons that inhabit the area. Though it's possible the black proto-dragons were used, which would explain their lack of appearance in Northrend among the others that do appear.

Retrieved from "https://wowwiki.fandom.com/wiki/Plagued_proto-drake?oldid=2215484"
Community content is available under CC-BY-SA unless otherwise noted.