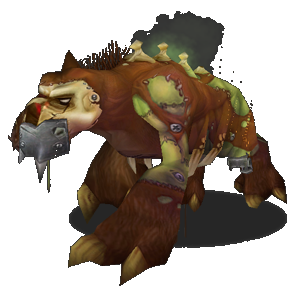 Plague-dogs[1] are a form of abomination that are seemingly fashioned entirely out of animal parts. They are one of the newer creations of the Scourge, and originally only a single one was found stalking the corridors of the dreaded Naxxramas. In World of Warcraft: Wrath of the Lich King, two more individuals can be found in the Sholazar Basin subzone called The Avalanche, and two more in the Plagueworks wing of Icecrown Citadel. Also, two generic types can be found in Icecrown.

Retrieved from "https://wowwiki.fandom.com/wiki/Plague-dog?oldid=2180154"
Community content is available under CC-BY-SA unless otherwise noted.